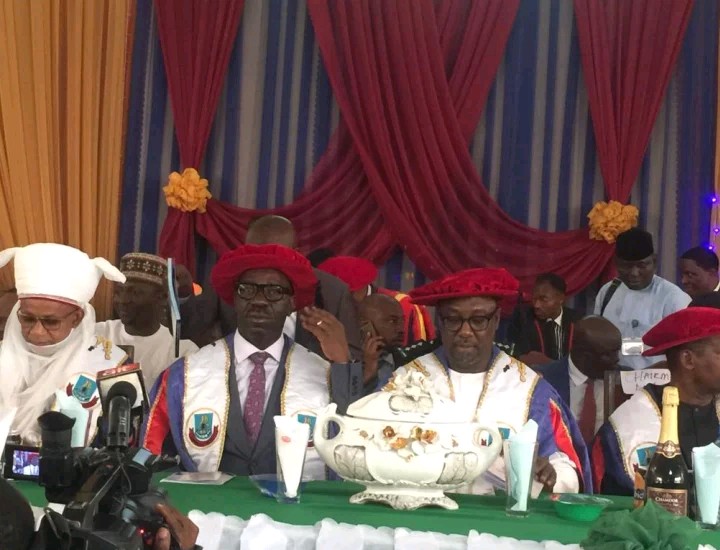 According to report, the accident involving the advance team of the Governor, occurred today, October 19th,2019  along Benin-Auchi expressway, at Ehorin community near Ekhor, Uhunmwode LGA of the State.

The governor and his entourage were said to be on their way to Ambrose Alli University, Ekpoma, ahead of Obaseki’s visit for the 22nd convocation ceremony of the school.

Several other persons including one of the Governor’s driver and Government House protocol, were also injured in the accident.

Punch reports that the accident occurred when a Toyota Hilux van on the Governor’s team had a head-on collision with a passenger Audi car.

Three other survivors were said to have been rushed to the Central Hospital in Benin City for urgent medical attention.

The State Commissioner of Police, Danmallam Mohammed, who confirmed the incident, described it as “very unfortunate.”

On his part, the Edo state commander of the Federal Road Safety Corps (FRSC), Anthony Oko, said two children died on their way to the hospital.

Oko said all occupants of the Audi car died while driver of the Hilux van had injuries.

He attributed the cause of the accident to lost of control by the driver of the Audi car.

The FRSC boss said the driver entered a pothole and rammed into the hilux van.