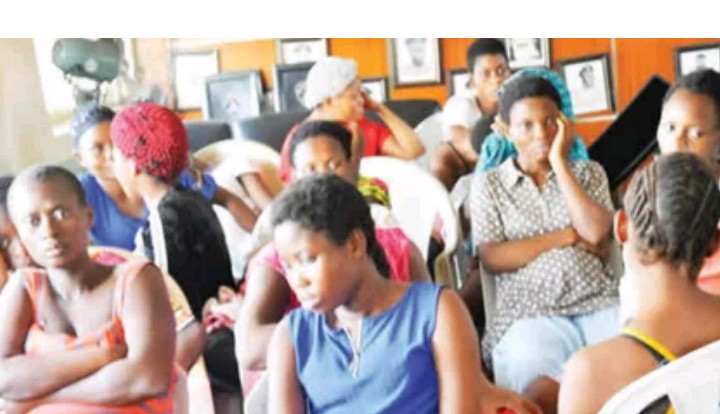 The police has rescued another set of pregnant ladies kept in a baby factory. This is coming days after police operatives in Lagos rescued 19 pregnant girls from a baby factory in the Isolo LGA of the State.

Punch news gathered that, the seven victims had escaped from the baby factory, where they were camped in Isolo and were seen loitering around Cele bus stop when the police found them.

According to report, the victims aged between 13 and 27 had fled when they realised that their babies would be sold.

Related Topics:Baby factory uncovered in Lagos
Up Next

Pastor kills Girlfriend For Refusing To Buy Him Tricycle