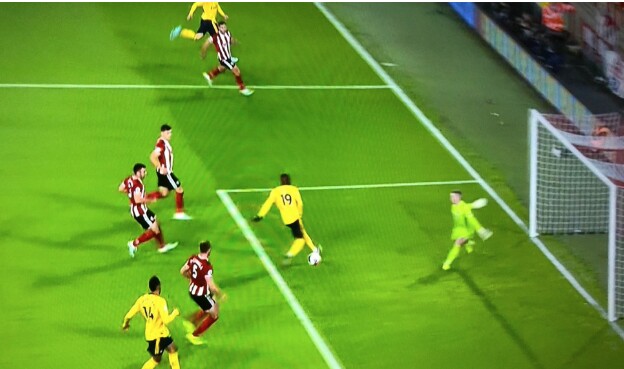 Arsenal forward Nicolas Pepe has been hammered by the club’s supporters tonight after missing a pretty remarkable sitter against Sheffield United.

The Ivory Coast international has struggled to adapt to English football ever since his mammoth £72 million move from Lille during the summer transfer window, and we told you how his display against Manchester United at the end of last month was criticised by Gooners on social media.

And now the North London club’s fan base have been targeting Pepe once again, after the 24-year-old failed to connect with the ball with his favoured left foot, and left the Sheffield United goalmouth tantalisingly gaping: