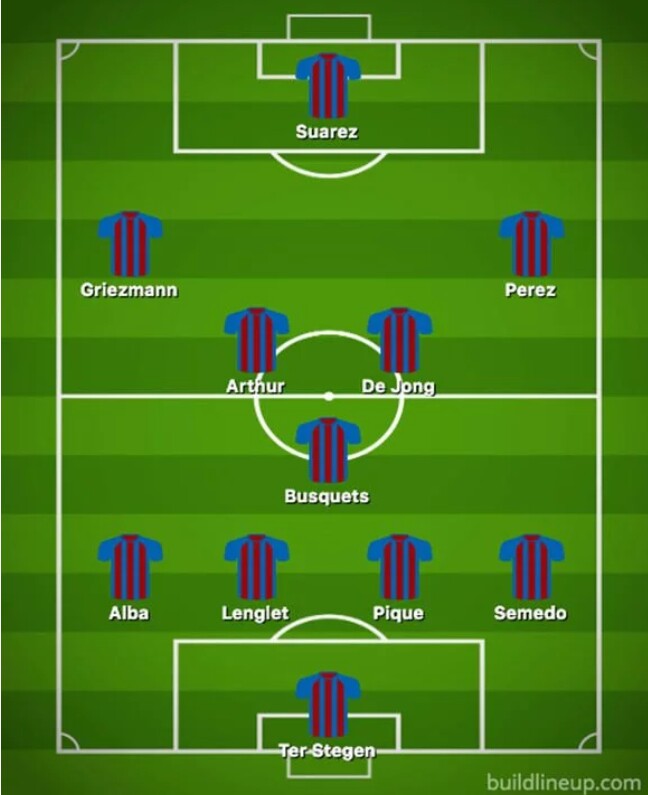 Barcelona may once again be without Lionel Messi as they begin their Champions League campaign with a tough trip to Borussia Dortmund.

The Argentine forward is recovering from a calf injury and could be in contention to feature against the Bundesliga leaders after returning to training this week.

However, Barca boss Valverde may not wish to risk bringing his captain back too early, particularly when the Catalan club have been performing well in his absence.

Teenage sensation Ansu Fati scored and provided over Valencia at the weekend while Luis Suarez also struck twice from off the bench during his comeback from a calf problem.

And the Uruguayan is expected to be rewarded with a starting berth against Dortmund, taking some of the goalscoring burden off summer signing Antoine Griezmann.

Fati played an hour on Saturday and will be unfortunate to lose his place in the side, although Valverde could opt for the slightly more experienced Carles Perez – who also started at the weekend.

Sergio Busquets, Frenkie de Jong and Arthur dominated Valencia in midfield and should be retained against Dortmund, although Ivan Rakitic, Arturo Vidal and Sergi Roberto are also options.

Meanwhile, the back four is expected to remain unchanged with Gerard Pique and Clement Lenglet flanked by Nelson Semedo and Jordi Alba in the full-back roles.

Ousmane Dembele remains sidelined with a hamstring issue while Samuel Umtiti and Neto are also out with foot and wrist problems respectively.

Victory at the weekend was only Barcelona’s second win of the season, following a similarly exciting 5-2 thriller against Real Betis last month.

Defeat against Athletic Bilbao and a draw with Osasuna in La Liga will have done little to temper expectations among the fanbase and Barca are expected to comfortably progress through from Group F despite a tough Champions League draw.

Following their trip to the Signal Iduna Park, Barca will also face Inter Milan and Slavia Prague as they hunt their first European triumph since 2014/15.

Rodrigo gets Valencia the needed points