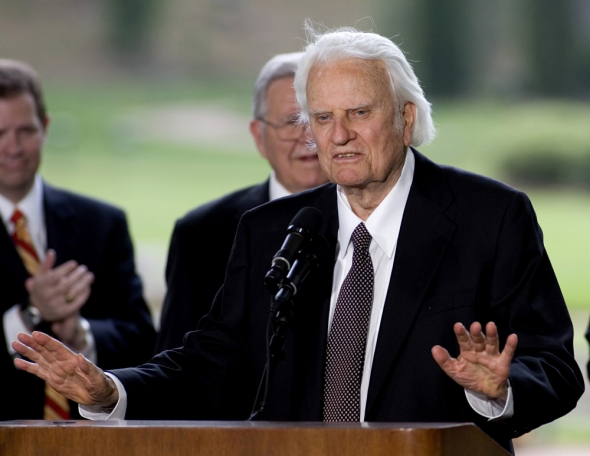 Billy Graham Names the One Sin That Can’t Be Forgiven 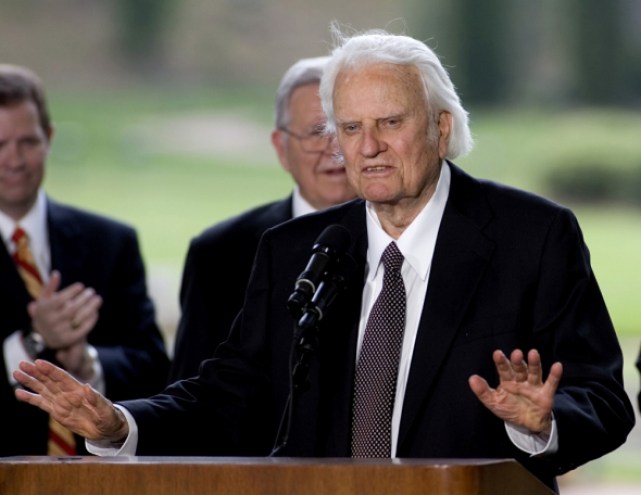 The Rev. Billy Graham recently explained that the one sin a person cannot be forgiven of is the sin of rejecting God’s forgiveness.

In an advice column published last Friday by the Bowling Green Daily News, a person identified by the initials “N.G.” asked the famed evangelist if there was an unpardonable sin.
”How big does a sin have to be before God won’t forgive it? I’m afraid I’ve probably crossed the line (wherever it is), because I’ve done some terrible things and have hurt a lot of people,” inquired N.G.
Graham responded that there was only one sin that could not be forgiven, which was “the sin of refusing His forgiveness.”

“No matter who we are or what we’ve done, God still loves us, and He promises to forgive us – totally and completely – if we will only turn to Him in repentance and faith,” wrote Graham.

“Is this hard for us to accept? Yes, it is – because it’s not the way we usually treat each other … if someone deeply hurts us or cheats us or lies about us, then we have a much harder time forgetting about it or forgiving them.”

Graham went on to stress in his response that while people have a hard time forgiving great wrongs, “God isn’t this way.”

“Yes, we have offended Him by our sins – in fact, we’ve hurt Him far more deeply than we’ll ever hurt anyone else,” continued Graham.

“And yet God still loves us, and He yearns for us to realize what we’ve done, and turn to Him in repentance and faith. God takes our forgiveness so seriously that He sent His Son into the world to die for our sins.”

This is not the first time that Graham has been asked to comment on what sins cannot be forgiven. In 2004, Graham wrote a column published by the Billy Graham Evangelistic Association.

In it, Graham addressed the meaning of Jesus’ words in Mark 3:28-29, which read “Truly I tell you, people can be forgiven all their sins and every slander they utter, but whoever blasphemes against the Holy Spirit will never be forgiven; they are guilty of an eternal sin.”

Graham described the unpardonable sin as “a refusal to accept the witness of the Holy Spirit to who Jesus was and what He had come to do.”

“… the unpardonable sin is not some particularly grievous sin committed by a Christian before or after accepting Christ, nor is it thinking or saying something terrible about the Holy Spirit,” explained Graham in the 2004 column.

Related Topics:
Up Next

Bishop TD Jakes- ARE YOU ALL IN?