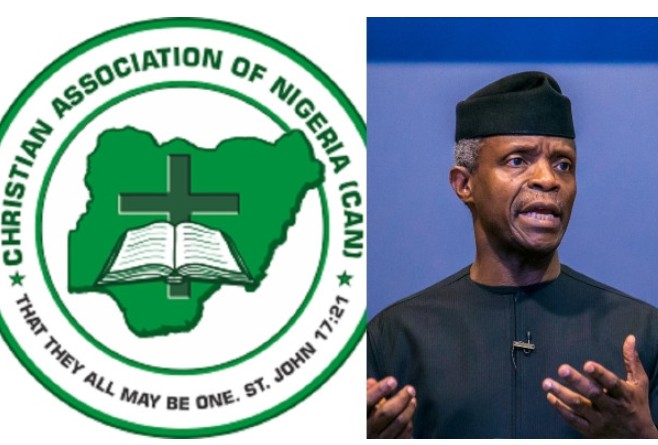 The Christian Association Of Nigeria(CAN) has publicly shown her support for VP. Yemi Osinbanjo over an alleged N90B allegation leveled against him by ex-APC chieftain, Timi Frank.

Chairman of the Association Dr Ayokunle Samson while speaking after a meeting held with Osinbanjo and other top CAN officials admonished Nigerians against defaming the innocent who is working tirelessly to uplift the nation.

Dr Ayokunle called for support from Christians as the whole allegations against Osinbanjo is baseless and untrue.

“He has cleared the air that there was no iota of truth, that some people are plotting against him and he was ready to provide himself”.

“If there is an allegation there must be an evidence and that it can never happen and will never happen. The church and the entire country will fight for him” he said.

While speaking on the security situation of the country the CAN President said “We must stay together to fight the challenges and we must overcome”.

How I Planned Navy Commander’s Death From Church: Suspect