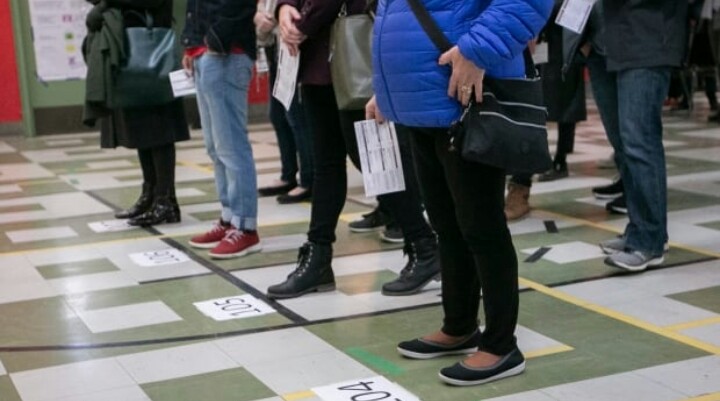 There are 27.4 million Canadians eligible to cast ballots, officials say.

Canadians are heading to the polls to cast their ballots following a 40-day election campaign that featured countless promises, numerous personal attacks and enduring uncertainty right up to the finish line.

Polls have officially opened across the country and millions of Canadians are expected to cast their ballots in this country’s 43rd federal election, which many experts believe will result in a hung Parliament.

The Liberals under Justin Trudeau and Conservatives under Andrew Scheer started the election largely neck-and-neck in opinion polls and, despite their best efforts, neither leader seems to have been able to jump ahead.

Trudeau voted in his Montreal riding of Papineau on Monday after flying back the night before from British Columbia, where he spent the final day of the campaign. The West Coast could prove critical to deciding which party gets to form government.

The Liberal leader, who came to power in 2015 on an inspirational promise t governing differently, suffered an uneven election campaign this time around thanks in part to revelations he wore racist makeup before entering politics.