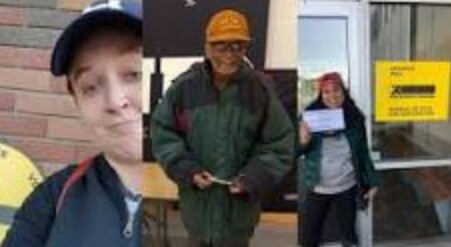 Canadians went to the polls on Monday to decide which party will form the next government of Canada.

As the day progressed, more and more people shared their #VoterSelfies on social media, encouraging friends and families to get to the polls.

However, Elections Canada warned voters that pictures with ballots are strictly prohibited.

“The vote is secret,” the agency said on its website. “If people were allowed to show how they voted, they could be forced to vote in a certain way or votes could be bought.”

According to Elections Canada, you can take a selfie with poll signs, but you should avoid snapping pics anywhere near the ballot boxes