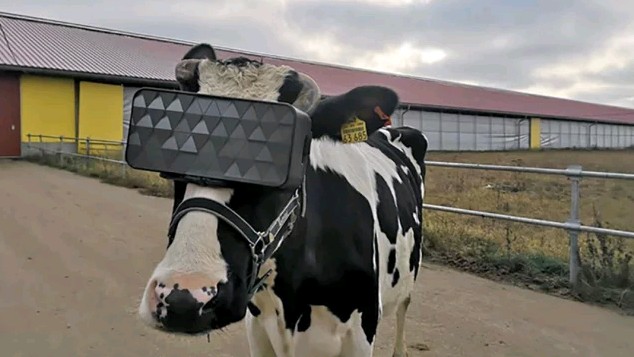 Farmers in Russia have been experimenting with virtual reality goggles as a tool to relax cows and increasing milk production.

According to a press release from the Ministry of Agriculture and Food in the Moscow region, Sets of virtual reality goggles, modified for the shape of cow heads and displaying a “unique summer field simulation program,” were placed on cows.

So far, it’s unclear if the glasses have helped milk production — further study will be needed for that. But a first test did reveal a decrease in anxiety and an increase in the emotional mood of the herd, the release said.

The program was reportedly developed on the basis of an analysis by Wageningen University & Research in the Netherlands, which concluded that environmental conditions can significantly impact cattle health and the quality of milk.

Related Topics:Cows in Russia are fitted with virtual reality headsets in order to help them relax and stimulate milk productionvirtual reality gogglesWageningen University
Up Next