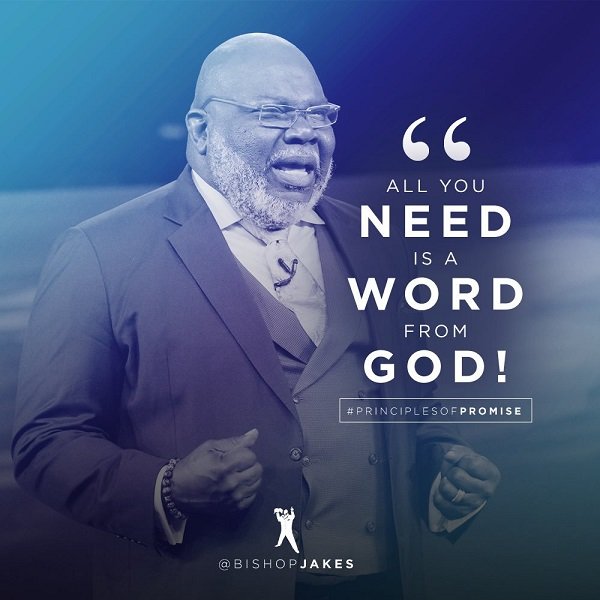 All you need is a WORD from GOD! God won’t take you through anything that He won’t get you out of! The promises of God are yea and amen and they are powerful and they are important and necessary.

There are times that God would use certain people and things that you like to provoke you out of your comfort zone, to put you in a position where you have got to do something, that you get tired of seeing other people walking into their destinies and their purpose, and you being left out, and some of these irritants and the irritators in your life are actually ministers who have come to minister to you to out of your comfort zone, to force you to believe God for more of His grace, of His power and of His spirit in your life.

I know you don’t see them as ministers and you don’t shout amen and might even be rolling your eyes at them, but God often provokes us with people that irritate us to move us into a place that we need to be in the kingdom of God.

In 1 Samuel 1:14-24 although Hannah was a good woman, she became provoked and irritated because other people are being blessed, these happens on the inside. Irritation is not something you can see, frustration can be hidden with a smile, you can say nice things and do nice things and still be frustrated but God was provoking her to think and realise that he God had more for her.

There is something we need to understand from Hannah’s prayer, because you can’t understand the power of the promise if you don’t understand the predicament of the prayer. She (Hannah) didn’t pray like other people, she prayed she’d been provoked, she made a spectacle out of herself until the Priest thought she was drunk.

The reason why most people don’t get answers they need, is because one cannot fill what has already been filled, you have to empty the anger, pride, bitterness and all the hostility and get it out of you “First things first” and what is closed in your life, God is about to open it up in your life and he said the doors I’ve opened no man can shut.

Write up Submitted by Peace Darby

Related Topics:a word from Godall you needBISHOPchristianchurchdownloadjakesJESUSmessageministrymissionsermont d jakesT D Jakes - ALL YOU NEED IS A WORD FROM GODyouth
Up Next