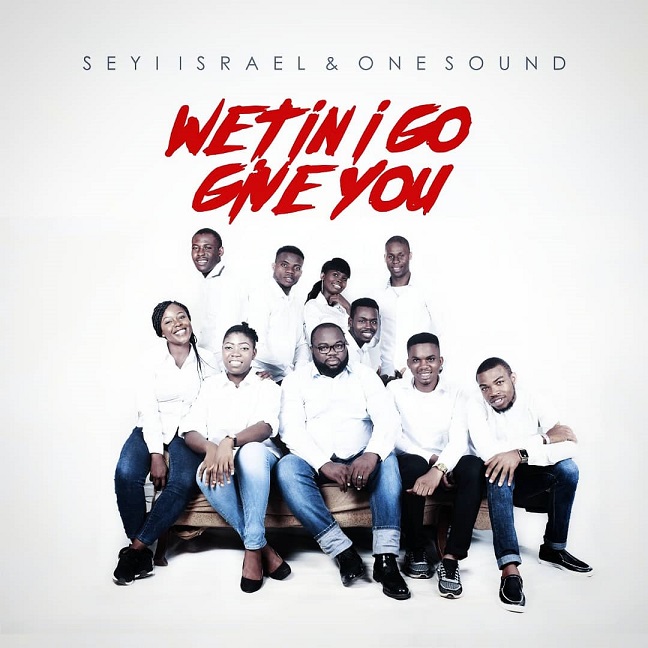 Wetin I Go Give You

Seyi Israel – Wetin I Go Give You (Free Mp3 Download)

Rev. Seyi Israel and the One Sound Gospel have officially released their debut song titled “Wetin I go give you.” The message in the song alludes that God is the epicenter of life and all that is in it such that money and gifts are nothing compared to what God has done. Hence in the quest to know what can be given to this faithful God, the question goes in Nigerian creole English, “Wetin I go give to you”.

Speaking about this song, the band describes it genres of music as

“A fuse of both RnB/Soul genre, and soft rock. These were the genres that were implemented in the production of this debut single.

About Seyi Israel and the One Sound Gospel

Rev. Seyi Isreal and the One Sound Gospel, is a gospel musical band based in Benin City, Edo state, Nigeria. The band led by Rev Seyi was established in the year 2015.

Due to their peculiar style of music and production, coupled with the outpouring of Gods anointing whenever they minister, the group has featured in so many programs such as music concert in Asaba, Miracle Centre in worship, and even the Mega Con Crusade held by Church of God Mission International, but to mention a few.

The band organizes a monthly worship program themed “Worship in the Club” and the vision is to take worship away from church buildings, and take it to popular club houses, where those in the world, could worship and enjoy Gods presence, thereby leading to the salvation of their souls. This monthly worship program as featured several gospel artistes such as Eben, David Judah, Rachael Sparks, Konax and lots of other gospel artistes. As a band, they are currently working on a couple of songs, some of which will be released very soon.

The band has been able to strike a balance between quality vocals, instrumentation and at the same time the tangible manifestation of Gods Spirit in their songs. As a group, they have a popular chant which is; One Sound, One Spirit!!!

Wetin I Go Give You: