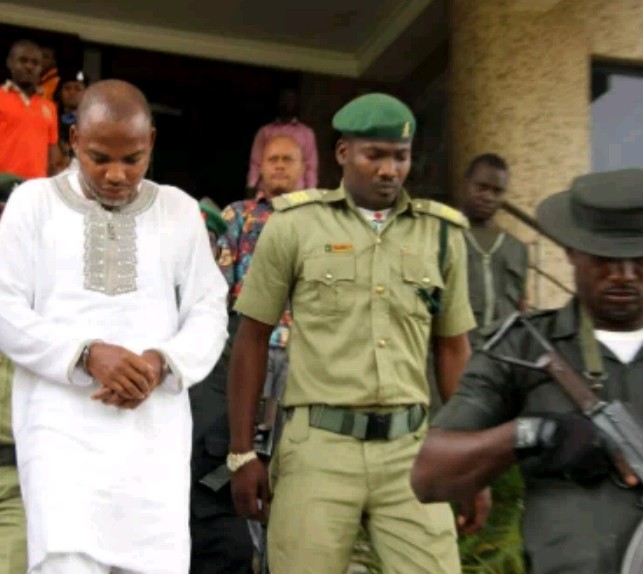 The ECOWAS Court of Justice has dismissed a suit brought by the leader of the Indigenous People of Biafra (IPOB), Nnamdi Kanu, alleging torture, assault, inhuman treatment and the violation of his property rights by the Federal Republic of Nigeria.

Kanu, who is also the Director of Radio Biafra, registered under the regulatory laws of the United Kingdom and the United Nations, demanded $800 million in compensation.

Delivering judgment on Wednesday, Justice Dupe Atoki, leading a three-man panel, held that Kanu had failed to prove the claims and dismissed the request for compensation. The judge also ruled that Nnamdi Kanu’s arrest and detention were not unlawful and arbitrary as claimed by the Plaintiff.

While the Court acknowledged that Mr. Kanu had the legal capacity to approach the Court for the alleged violation of his human rights, it adjudged that without a mandate, he lacked the legal personality to represent the IPOB before the Court.

On the issue of proper parties before the Court, the names of the second and third defendants (Attorney General of the Federation and Minister of Justice, and Director General, State Security Service) who are not signatories to the ECOWAS Revised Treaty, were struck out of the suit as improper parties, leaving the 1st defendant, the Federal Republic of Nigeria as the sole defendant in the case.

Kanu’s lawyer, Mr. Ifeanyi Ejiofor, filed the case before the Court on 3rd March 2016. Kanu claimed that his rights to life, personal integrity, privacy, fair trial, freedom of movement, freedom of expression, personal liberty, freedom of association, private property, right to existence and right to self-determination were violated following his arrest and detention by agents of Nigeria.

He also alleged that he was a victim of arbitrary arrest, detention, torture inhuman and degrading treatment while in detention and that his personal belongings were confiscated by the defendant through its agent.

16-year-old bride drowns on her wedding day in Kano