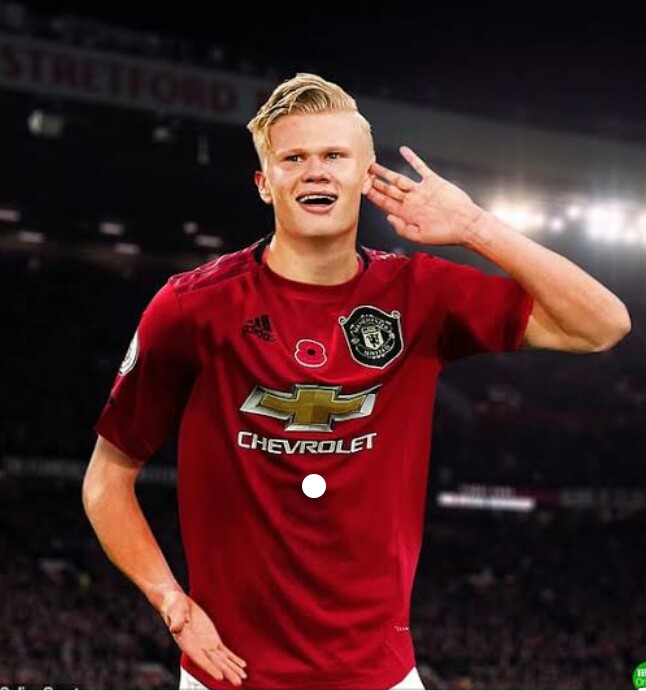 Erling Haaland flew into Manchester this morning for further talks with Manchester United… but their manager Ole Gunnar Solskjaer made the claim the prolific striker was getting a connecting flight for his holiday.

The prolific Red Bull Salzburg striker took a Norwegian Airlines flight from Stavanger in his homeland to Manchester set to land at 10.15am.

His father, the former Nottingham Forest, Leeds United and Manchester City player, Alf-Inge Haaland, was with him on the flight.

The striker was back in Norway because the Austrian Bundesliga is currently on its winter break.

The flight took off on time at 9.45am CET and is set to take around 90 minutes.
Haaland has scored 28 goals in 22 matches for Salzburg in the Austrian Bundesliga, the Austrian Cup and the Champions League so far this season.

It suggests United may have won the race to sign the in-demand player amid interest from Borussia Dortmund, RB Leipzig and others.

It came after United manager Ole Gunnar Solskjaer admitted his interest in signing a player he coached for two years at Molde in Norway.

‘He is a player I like. We are looking for good players all the time,’ Solskjaer 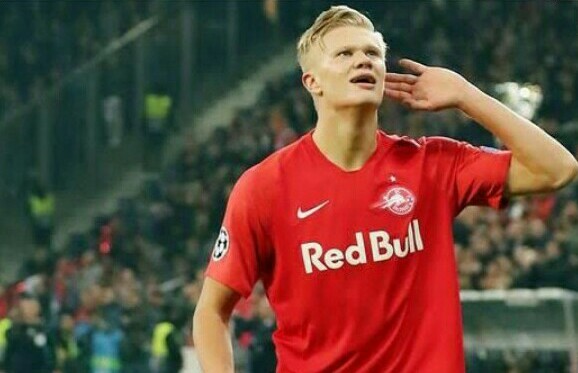 ‘Erling has had a good development, so he has to develop further wherever he decides.

‘I don’t need to talk so much about him, but we as a team always look for players who can complement the others we have, and then we see what we end up with.’

Haaland, 19, played under Solskjaer at Molde for two years, scoring 20 goals in 50 matches for the club before moving to Red Bull Salzburg in January 2019.

He has since developed into one of the most exciting young strikers in the world, scoring goals at a ferocious rate this season.

Solskjaer is likely to be asked for the latest on Haaland when he holds his pre-match press conference ahead of United’s match against Watford on Sunday afternoon.

Haaland’s visit to Manchester comes after he went on a whistlestop tour of RB Leipzig and Borussia Dortmund alongside his agent Mino Raiola last week. 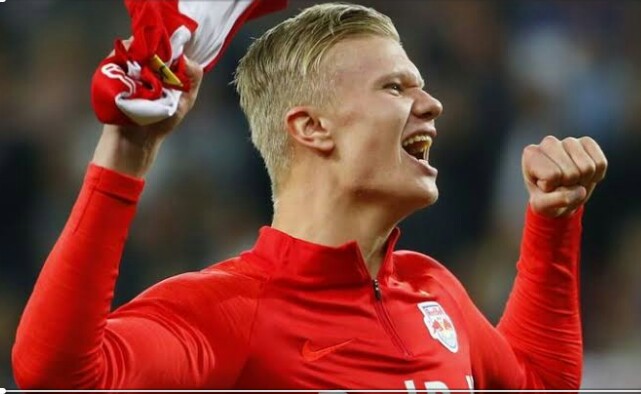 Haaland teased United fans this week by posting an Instagram snap of himself signing a Man United shirt, before posting more pictures of him autographing Leeds, Napoli and Red Bull Salzburg tops.
Meanwhile, former United striker Dimitar Berbatov said he believed United will be making a mistake in signing Haaland.

‘There are a lot of rumours about Haaland joining next month, but honestly at the moment, with the three upfront that United have, I don’t see where Haaland will fit in the team,’ he told Betfair.

‘When you buy someone what does it say about your current strikers who, in United’s case, are all young players? I think if it happens it will bring some unnecessary tension at the moment.

‘For me Rashford, Martial, James and Greenwood are great, great players. But also the question is, what happens if one or two of them get injured and you don’t have a replacement on the bench, so this is a tricky situation.’