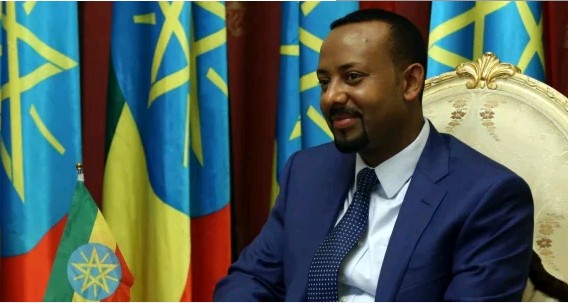 The Nobel Peace Prize has been awarded to Abiy Ahmed, the Ethiopian Prime Minister who helped end his country’s 20-year war with Eritrea.

The conflict between Ethiopia and Eritrea over disputed border territory came at a huge financial and humanitarian cost for both countries.

Abiy, 43, also recently won plaudits for his role in helping to broker a power-sharing deal in neighboring Sudan after a political crisis that led to the arrest of Omar al-Bashir, the country’s ruler for almost three decades.

Berit Reiss-Andersen, the chair of the Norwegian Nobel Committee, said Abiy who has received both praise and criticism for his reforms in Ethiopia has not been recognized too soon, but acknowledged that progress still needs to be made in the country.

According to official statement, the award is meant to recognise all the stakeholders working for peace and reconciliation in Ethiopia and in the East and Northeast African regions.

When Abiy Ahmed became Prime Minister in April 2018, he made it clear that he wished to resume peace talks with Eritrea. In close cooperation with Isaias Afwerki, the President of Eritrea, Abiy Ahmed quickly worked out the principles of a peace agreement to end the long “no peace, no war” stalemate between the two countries.

These principles are set out in the declarations that Prime Minister Abiy and President Afwerki signed in Asmara and Jeddah last July and September.

An important premise for the breakthrough was Abiy Ahmed’s unconditional willingness to accept the arbitration ruling of an international boundary commission in 2002.

Peace does not arise from the actions of one party alone. When Prime Minister Abiy reached out his hand, President Afwerki grasped it, and helped to formalise the peace process between the two countries.

The Norwegian Nobel Committee hopes the peace agreement will help to bring about positive change for the entire populations of Ethiopia and Eritrea.

Ahmed is the first Ethiopian to be awarded a Nobel Prize.

“I was so humbled and thrilled when I just heard the news,” Ahmed said.

First Human To Walk In Space “Alexei Leonov”, dies at 85.