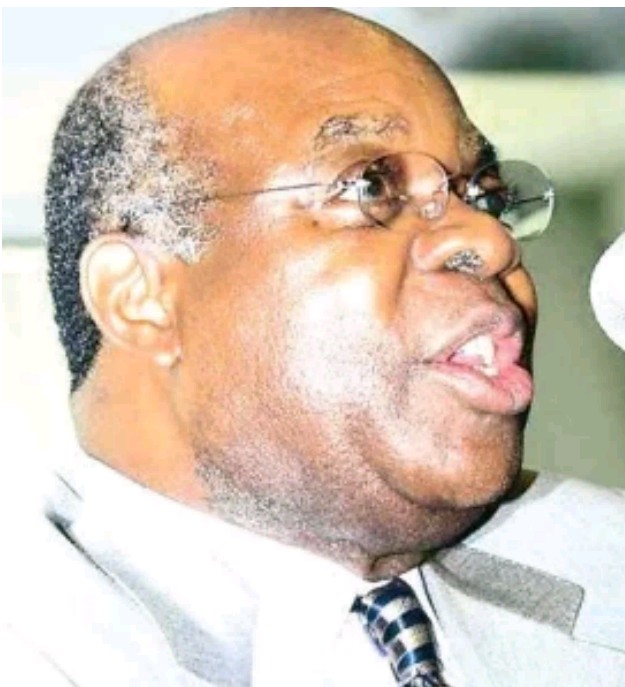 Former Secretary to the government of the federation  UFOT EKAETTE is dead. UFOT died at the age of 80years.

UFOT Ekaette from AkwaIbom state served as secretary to the government In the Olusegun Obansanjo’s tenure and was once a deputy governor of the state during the military regime.

He was also appointed the first minister of the Niger Delta by late president Musa Yar’dua in 2008.

Ekaette was born in 1939 in Ikot Edor, Onna Local Government Area, Akwa Ibom State.
He attended King’s College, Lagos, graduating in 1960, then went to University College, Ibadan where he earned a B.Sc in Economics in 1964. He joined the Federal Civil Service on 28 July 1964. Ekaette was principal secretary to Head of State General Yakubu Gowon (1968–1975).
Later Ekaette served in the Federal Ministries of Industries (1975), Information (1977–1979), Education (1979) and National Planning (1979–1983).
He was secretary, Public Service Department and Head of Service (1984).
He was director, External Finance at the Federal Ministry of Finance (1985–86). Ekaette was appointed Permanent Secretary, Federal Ministry of Industries in January 1986, later Permanent Secretary, Federal Ministry of Works and Housing in 1988.
He was Director-General, Directorate of Food, Roads and Rural Infrastructure (June 1988 – March 1989), Director-General, Federal Ministry of Social Development, Youth and Sports (1989) and Director-General (Planning), Federal Ministry of Budget and Planning (1990). In 1990, he was appointed Deputy Governor of Akwa Ibom State under Air Commodore Idongesit Nkanga. In 1996, he became a non-executive director of First Bank of Nigeria, a post he held until May 1999.

President Buhari in a condolence message through his spoke man Garba Shehu described the late SGF “as a gentleman who had given his best in the service of his country”.

Related Topics:former SGF is deadUFOT EKAETTE is dead
Up Next