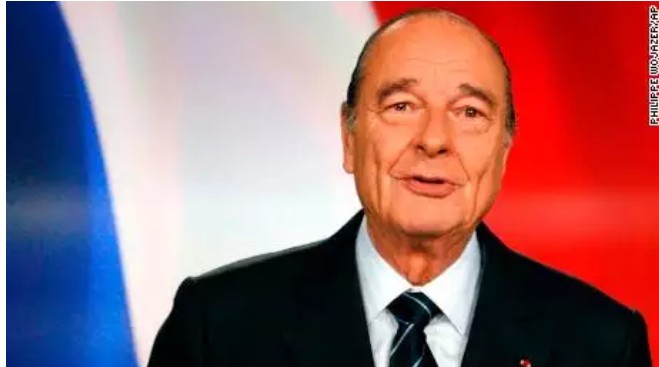 Jacques Chirac, the former French president whose later years were dogged by allegations of corruption, has died at the age of 86. News of his death was reported by CNN affiliate BFM.

Chirac served two terms as president and twice as PM, and took France into the single European currency.

A towering figure in French politics for five decades, Chirac will be remembered for his opposition to the US-led invasion of Iraq in 2003, his pragmatic statesmanship and his advocacy of the European Union,for his political prowess and his cultivated man-of-the-people style.

The two-time president had reportedly suffered from memory loss and was rarely seen in public.

The French National Assembly observed a minute’s silence in his memory.