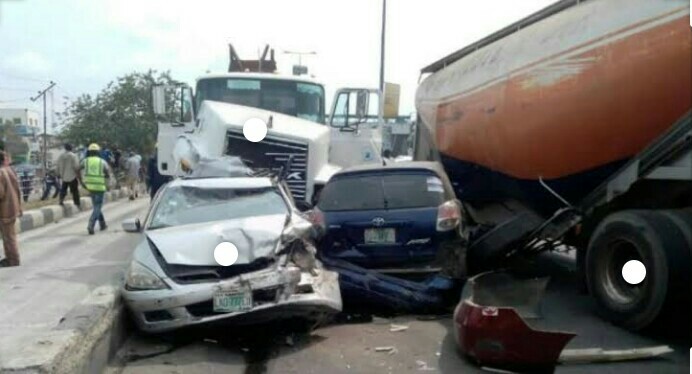 The Ogun Traffic Compliance and Enforcement Corps (TRACE), on Sunday, said that one person died, while two others sustained injuries in a road accident that occurred at Onihale area, near Owode-Ijako, on the Lagos-Abeokuta expressway. 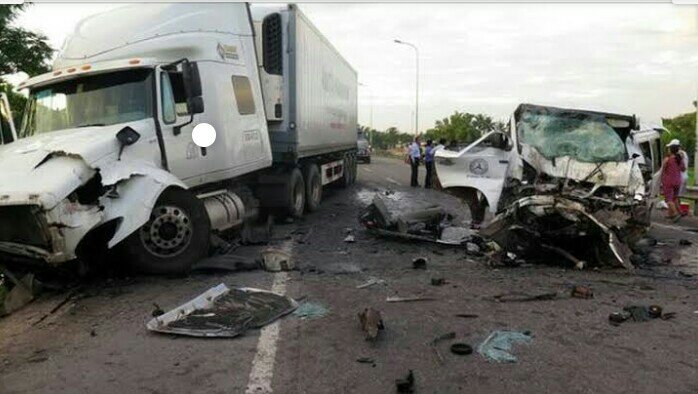 Scene of the accident.

Mrs Temitope Oseni, the TRACE Unit Commander, Owode-Ijako, told the News Agency of Nigeria (NAN) in Ota, Ogun, that the accident occurred at about 6.15 am. on Sunday.

She explained that a truck, with no registration number, heading to Sango-Ota from Abeokuta, lost control due to tire burst.

Oseni said that the vehicle somersaulted twice, resulting in the death of the motor boy, while the driver and one other sustained injuries.

Oseni explained that the motor boy was trying to jump out of the vehicle when he hit his head on the road, which resulted in his death.

“The corpse of the victim has been taken for burial by the family members, while the survivors are receiving treatment in an disclosed hospital in Ifo, Ogun,” ‘she said. 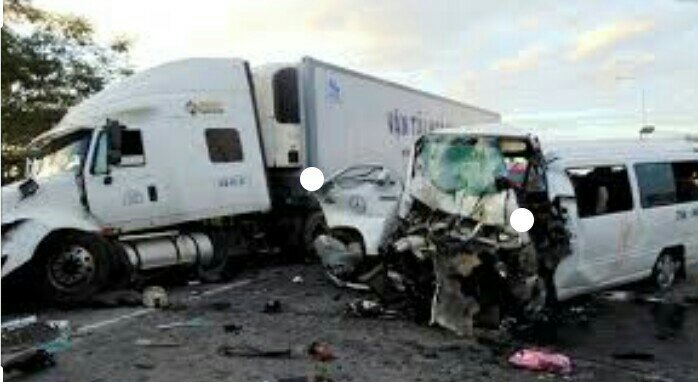 The TRACE unit commander said that the vehicle had been towed to Ifo police station to ease traffic flow in the area.

She advised motorists to ensure that their vehicles were properly maintained and desist from the use of used tyres to avoid unnecessary loss of lives and property.

over25 killed as a plane crashes into homes in Congo