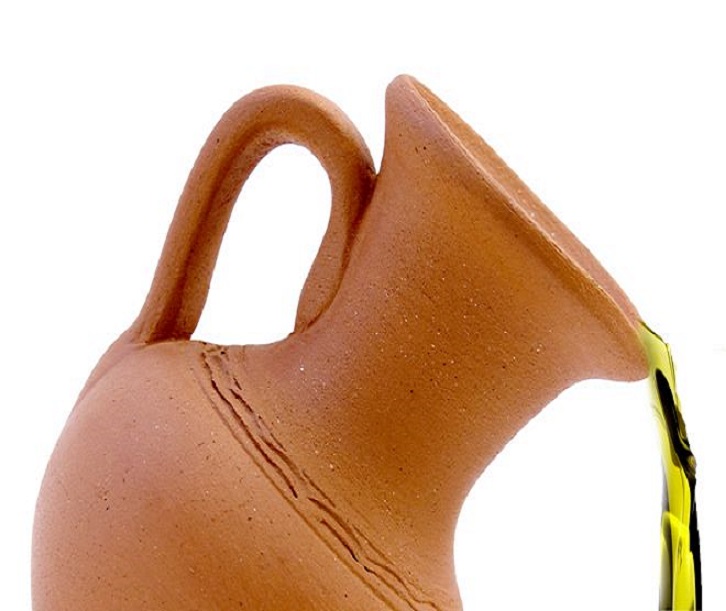 Once they started praying, I became drunk in the Holy Spirit.

As a new believer, every time I was in an anointed environment, my body (especially my right leg) would start to shake aggressively. When I asked the Lord about this, he answered through a message given by a pastor at one of our lunch-hour fellowships.
anointing
He said there was a man who noticed his body was always shaking during church services, so he decided to consult Pastor Adeboye of RCCG about it. Adeboye said his body also used to shake during services. When he took the matter to the Lord, God told him: “The anointing I want to give you is more than your body can withstand.”

In order to build up his spirit man to receive the power of God, Adeboye said he went on 100 days of prayer and fasting, and his body stopped shaking. Therefore, the man also did likewise.
.
When I heard this story, I knew it was meant for me. I spoke to the pastor and he also advised me to go for the same 100 days of prayer and fasting. When I did this for 45 days, the Lord answered me at a night vigil at Pentecostal Assembly. In the middle of a prayer for the sick, the Lord spoke directly into my right ear: “I have given you the anointing,” he said. Immediately he said this, my body stopped shaking.

I was then caught on the horns of a dilemma. According to the story I was told, Adeboye received his anointing after 100 days of prayer and fasting. If it took him 100 days, why would it take me 45? After ruminating about this, I decided it was better to err on the side of caution. Therefore, I continued fasting and praying. By the very next day of my taking that decision, my body started shaking all over again.

So many things happened to me thereafter. My eyes were opened and I started seeing visions. I also started receiving and giving prophecies. My family and church-members became concerned about me. Some people even thought I had gone mad.

After one Sunday service, seven people took me to the upper room of Pentecostal Assembly, Yaba, Lagos. They surrounded me and prayed for me. Once they started praying, I became drunk in the Holy Spirit. My cup literally ran over. The feeling was absolutely incredible. I remained very conscious of everything around me, but my body became soft and heavy. The overflow came in the form of tears flowing from my eyes and snot from my nostrils.

I was ministering at the fellowship I coordinated when suddenly a lady rushed out. Soon after, someone came in to speak to some women, who also rushed out dramatically. Some thirty minutes later, someone came in again. This time, she walked up to me, interrupting the service. “We seem to have a crisis on our hands,” she said. “A lady here had an asthma attack. We’ve done all we can to help her. I am afraid the woman is dead.”

Dead? I could not believe it. How can somebody die in the middle of a service of all places? What kind of embarrassment was this? The whole church practically moved to the room where she was. There I met the ladies who had apparently spent the last thirty minutes trying to revive her and were now resigned to the inevitable.

I knelt down beside this woman’s lifeless body and started to pray. “Father, she will not die but live to declare the works of the Lord in the land of the living. You are the Lord that heals. You took our infirmities and carried away our sicknesses. By your stripes we are healed. You are the Sun of righteousness. Arise with healing in your wings. You are the balm of Gilead. Healing is the children’s bread.”

I went on and on, praying every scripture I could think of. After a while, I became exhausted. I did not know what else to say. I was young in ministry and clearly out of my depths. So, I cried to the Lord in my heart. “Father,” I said, “I need help. I don’t even know what to pray any more. I don’t know what other scriptures to claim.”

And then something happened. It was something magical; something glorious. The Lord spoke. I heard him as clear as a bell. “Femi,” he said. “Pray in tongues.”

That solved the problem. Immediately, I calmed down. I realised I was not alone. The Lord was there. Therefore, I switched to praying in tongues. I prayed and prayed and prayed. And just as suddenly, something happened again.

Out of the blue; the woman sneezed. Then she opened her eyes and sat up. Then I helped her to stand up. And everybody went crazy with joy.

We went back with her to the service; dancing and singing and shouting and clapping. She sat down calmly in a corner. But the Lord said to me: “Ask her to dance.” So I asked her to join in the dance. To the amazement of all, this woman who had been lifeless for hours, danced with everybody as though nothing had happened.

Much later, a colleague of ours had a mild stroke. She was rushed to Military Hospital, Onikan, Lagos. We went to see her, rejoicing that it was not too serious. But while there, another drama ensued.

A man brought his son for treatment, but he had no money. Therefore, the nurses ignored him. Suddenly, the boy died, right there in his arms. He let out a big cry. My friend, Sandra Chikan, had apparently been observing this drama for some time. “This man kept pleading with the nurses,” she said. “But they refused to attend to him. Look now, his son has died.”

Without thinking, we descended on the scene. I grabbed the dead child from the arms of his wailing father, and we started to call upon the name of the Lord. We prayed fervently, confident that God is more than able to raise him from the dead. After a while, God honoured our faith. Life flowed back into the boy and he opened his eyes. Rejoicing, we handed him back to his astonished father.

At last, the nurses agreed to attend to him. They took him away, still grumbling that the father could not afford to pay.

About an hour later, a nurse brought a strange news. “The boy has died again,” he said contemptuously. Then he stormed out of the room, leaving us with nothing left to do than to console his grieving father.

Jesus says: “Heal the sick, cleanse the lepers, raise the dead, cast out demons. You have received freely, freely give.” (Matthew 10:8).

Do you wish to Share any Story with Okaywaves Media? We’re Available and Ready to Listen to you via Our Facebook Fan Page: Okaywaves

Educational: No Girl Should Go Into Modeling