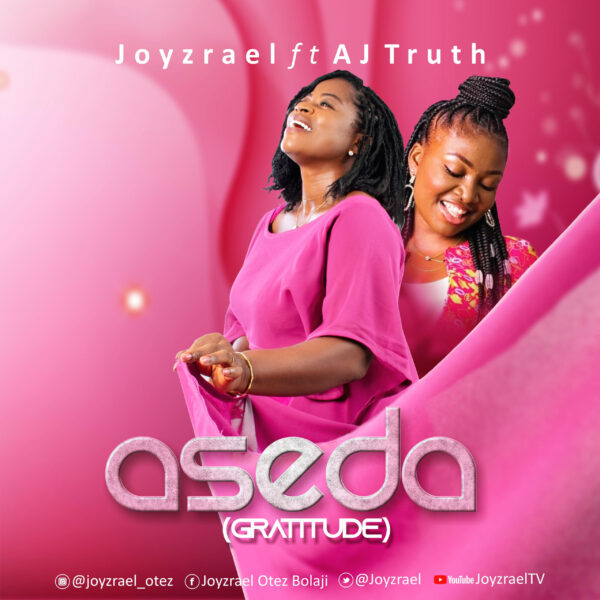 Fast rising Nigeria-based gospel music minister, prolific Songwriter and composer, Joyzrael releases a brand new single titled “ASEDA” which is been translated in English as “GRATITUDE”, a blend of English and a Ghanaian language; Do you now see the beauty of having different languages? Joyzrael has been known for dishing out amazing songs and she will always bring you the best of the best, featuring Ghanaian gospel artiste AJ Truth. Finally, the song is about to be hatched like a new chick from its shell.

The ASEDA, in this case, is completely different from the Yoruba word you know as AṢẸ̀DÁ which can be translated to mean, The Creator.
More facts to solidify this point: Joyzrael featured a talented and extraordinary Ghanian gospel artiste which is popularly known as AJ Truth.

Before this time, there has been a heated controversy flying around on social media platforms that ASEDA (GRATITUDE) shouldn’t have been translated to mean “gratitude” in English because it is a Yoruba word.

We understand that being a “Yoruba scientist” is not a crime but before you hit the matter with a gavel like a Judge, we want you to note this: If not for the tower of Babel, we wouldn’t have gotten this issue on the table.

The word ASEDA is from a beautiful dialect called Twi or Akan from the Ashantis, it is spoken by millions of people in Southern and Central Ghana.

Bow Before Your Throne By Amen O. Aluya Ft. Kelvocal