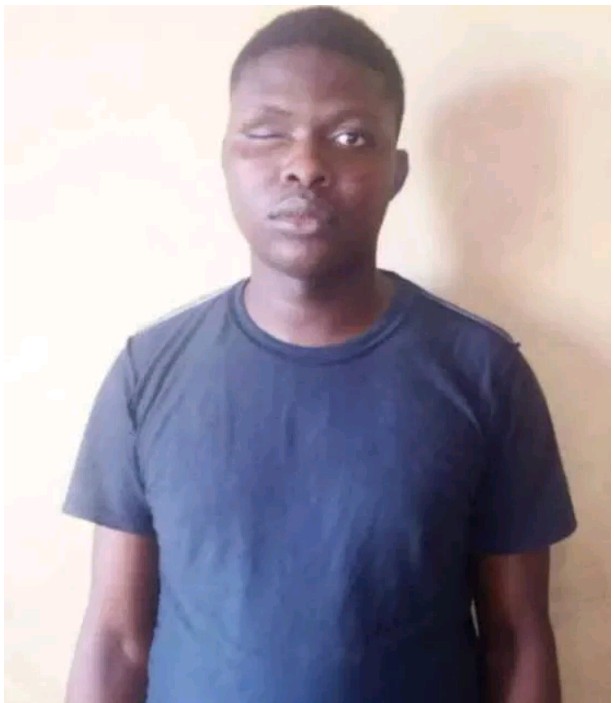 The Ogun State Police command has arrested a one-eyed serial killer, rapist and leader of the dreaded eiye confraternity in the Ikenne area of the state.

The 28 years old Sunday Paul, a.k.a “Blade” confessed to the killing of at least 15 persons including one Kebiru who he said was a member of a rival cult group in the state.

Sunday Paul a.k.a Blade who has been on the wanted list of the Command was arrested on the 21st September 2019, following intensive surveillance and technical investigation into his activities.

“Upon his arrest, it was discovered that he had been arrested and charged to court on three different occasions and that he recently came out of prison over a murder related case.

His arrest has elicited wild jubilation in Ikenne and its environs.”