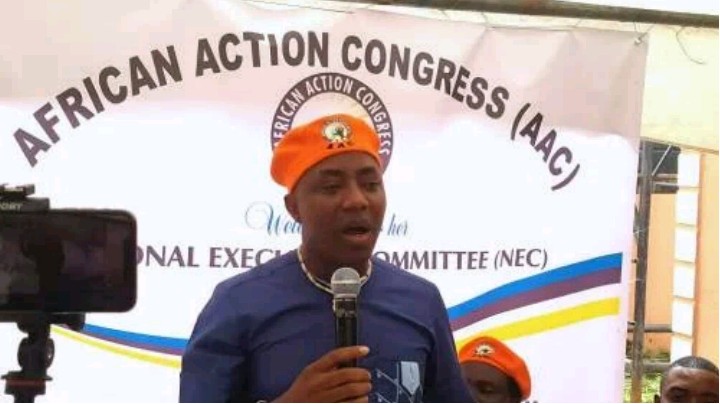 Mr Sowore was accused of involvement in acts of treason and alleged attempt to fraudulently transfer over $16, 000.

In the charges instituted against the defendants , the prosecution accused Sowore and his co -defendant of committing conspiracy to commit treasonable felony in breach of section 516 of the Criminal Code Act by allegedly staging “ a revolution campaign on September 5 , 2019 aimed at removing the President and Commander – in- Chief of the Armed Forces of the Federal Republic of Nigeria ”.

The prosecution also accused them of committing the actual offence of reasonable felony in breach of section , 4 ( 1) ( c ) of the Criminal Code Act , by using the platform of Coalition for Revolution , in August 2019 in Abuja , Lagos and other parts of Nigeria , to stage the # RevolutionNow protest allegedly aimed at removing the President .

It also accused Sowore of cybercrime offences in violation of section 24 ( 1)( b ) of the Cybercrimes ( Prohibition , Prevention) Act , by “knowingly” sending “messages by means of press interview granted on Arise Television network which you knew to be false for the purpose of causing insult , enmity , hatred and ill -will on the person of the President of the Federal Republic of Nigeria . ”
It also accused Sowore of money laundering offences in breach of section 15 ( 1) of the Money Laundering ( Prohibition) Act , 2011 .

Port Harcourt Serial killer Confesses : I don’t know what comes over me