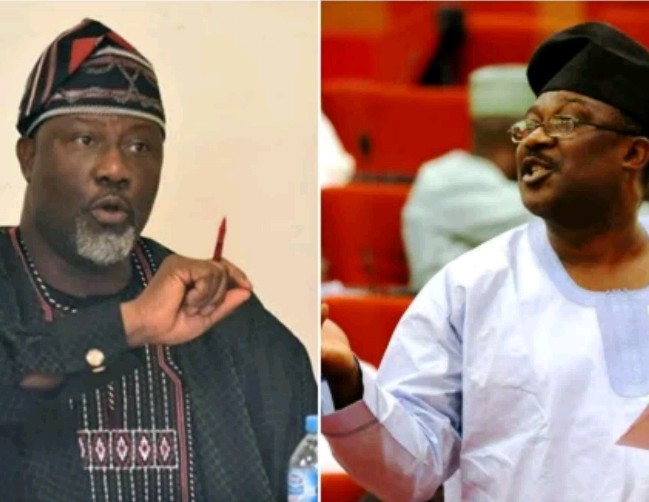 The Peoples Democratic Party (PDP) has indicated that it may not participate in the November 30, supplementary election for Kogi West Senatorial District, Kogi State.

A statement by the National Publicity Secretary of the party, Kola Ologbondiyan, suggested that the party might not be participating in the supplementary poll. The PDP’s spokesman specifically mentioned that the party had not only lost interest in the electoral umpire, but also rejected the scheduled supplementary election; an indication it might boycott it.
The statement reads in part:

“After a further review of the November 16 elections in Kogi and Bayelsa states, the Peoples Democratic Party (PDP) notes that it is now clearer to Nigerians that the President Muhammadu Buhari-led Federal Government and the All Progressives Congress (APC) do not want democracy to thrive in Nigeria.

“The PDP and Nigerians in general have forcefully rejected the results bandied by INEC in the elections. We also reject the proposed Kogi West Senatorial rerun election, which has already been desecrated by the manipulations in the main election.

“As long as the figures in the main election are fundamentally flawed, the proposed rerun cannot reflect the wishes of the electorate and Nigerians are wondering if it will make any sense to participate in an electoral process that is already deficient.

“Nigerians across board have completely lost faith in the nation’s electoral process given that Independent National Electoral Commission under Prof. Mahmood Yakubu has been annexed and cannot conduct any free, fair and credible election. For us in the PDP and, we believe, to majority of Nigerians as well, Professor Yakubu is the worst electoral umpire in the political history of our nation.

“Furthermore, the police and the military high commands have been reduced to tools of election brutality to ensure that votes do not count. Even the Police high command has openly admitted that the police is incapable of protecting voters and votes; thus validating the reported involvement of security agents in the brutalization of voters and disruption of electoral process.

“More distressing is the fact that Nigerians, particularly our members and supporters in Kogi and Bayelsa states, are still in trauma over the murderous November 16 elections. A lot of our people have been killed and our members are still grieving. It is public knowledge that all accredited local and international observers, including the Civil Society Situation Room, have declared that the elections did not meet the minimum standard for credible election and have unanimously called for outright cancellation.

“There is indeed nothing to indicate that more people will not be massacred in the proposed Kogi West Senatorial re-run election. It is therefore doubtful if Nigerians will be prepared to participate in that re-run given their sordid experiences in the last election. There is already a growing consensus across the nation that participating in elections by INEC as presently constituted under the Buhari Presidency would amount to helping to legitimize illegitimacies and outright criminalities.

“Indeed, Nigerians are not ready to join in whitewashing INEC’s battered image as such would also amount to putting a lipstick on a pig. Moreover, there are reports in the public space that the APC-controlled Federal Government does not want Senator Dino Malaye in the Senate just because of his forthrightness in defending the interest of the people.

“Nigerians recall with shock how, at the presentation of the 2020 budget, Mr. President reportedly asked Senator Malaye “you, you mean you are still in this chamber?. A question which meaning cannot be farfetched.

“Our party has been made aware of how INEC and security apparatus have been instructed to use all means to stop Senator Dino from returning to the Senate. INEC had also blatantly refused to consider Senator Melaye’s petitions regarding the November 16 election.

“Nevertheless, the PDP remains strong and undeterred. Our party is aware of that fact that millions of Nigerians look unto our platform for strength and direction in their quest for freedom and preservation of their rights. For this, we will remain resilient till the end.

“This country belongs to all of us and nobody, no matter how highly placed, has the right to appropriate our common sovereignty for his or her anti-people purpose.

“However, as we forge on in this collective struggle, the PDP directs all flags at our national, state and local government secretariats to fly at half mast from Monday, November 25th to Wednesday, November 27th in honour of all those killed in Bayelsa and Kogi states by the APC and their thuggish collaborators.”

Woman transfers hatred she has on her son in-law on her grandchild, poisons her with insecticide.