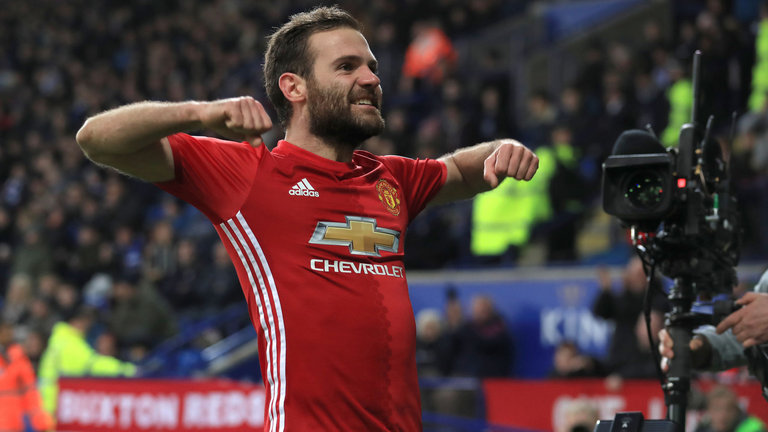 The Spanish midfielder scored a delightful chip over the advancing John Ruddy to send the Reds through to the fourth round of the Emirates FA Cup, and earned his firsts star-man award of the season.

The strike sets up a tie at Tranmere Rovers or Watford on Sunday 26 January.

United manager Ole Gunnar Solskjaer was full of praise for the World Cup winner after he followed up his two assists against Norwich City with the goal against Wolves.
“He’s scoring goals, creating goals. He gets us playing, gets the rhythm, finds pockets and gets on the ball. And he’s a fantastic human being to have in and around the dressing room,” said Ole at the post-match press conference.
The manager also applauded Mata’s attitude, recognising the fact that the no.8 wants more minutes on the pitch.

“He never complains,“ said the boss. ”Of course, he’s not happy, as I said last week, that he’s frustrated. He doesn’t knock on my door and complains and zap the energy of everyone. He makes me understand when I see him training because he trains absolutely fantastic every single day.”

In addition to his goal, the 31-year-old had three shots on target, created two chances for his team-mates and had 91 per cent pass accuracy during the win against the visitors from the Black Country.