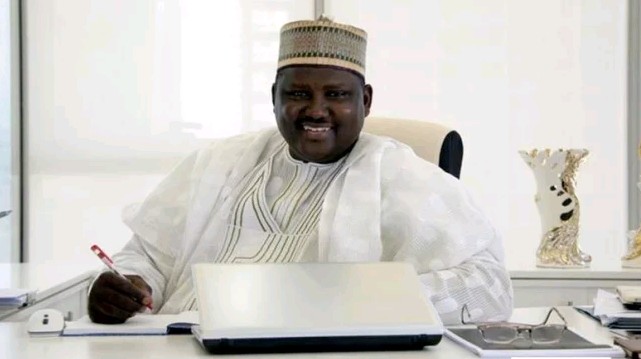 Abdullahi Fatima, younger sister to embattled pension boss, Abdulrasheed Maina, on Wednesday 11th December, testified against him at the ongoing trial between Maina and the Economic and Financial Crimes Commission.

Fatima testified behind a screen where her face was only seen by the judge, Justice Okon Abang, while her voice could be heard through the public address system of the court.

While testifying,  Fatima distanced herself from the monies and assets linked to her, saying she was unaware of it and had nothing to do with them.

She said she was arrested by the EFCC in August 2019 in connection with common input accounts and told the agency that she was not aware of her name being listed on the company’s registration paper.

She said, “Sometimes in August 2019, I went to the ATM to withdraw some money but unfortunately I could not. So, I went inside the bank to see the manager to complain. The manager told me to hold on, that he would find out the reason.

“After waiting for an hour, the manager told me that I was under arrest and he took me to an office and asked me to wait for the EFCC official to come and take me to their office in Kaduna.

“On getting to the EFCC’s office, they told me that there was a transaction in Common Input and I told them I am not aware of the transaction. So, they made me to write a statement.

“Afterwards, I was given an administrative bail on the same day and that I should proceed to the EFCC office in Abuja the next day.

“The next day, I went to the Abuja office together with my lawyer. The officials also asked me if I knew any company by the name Common Input to which I say I do not.

She also said she was shown another CAC form for Kangolo Digital and Drew Investment and said she does not understand how her name got to the papers including her Bank Verification Number.

She added, “Also, I was shown an account opening package of Common Input and Drew Investment with UBA. I was shown a BVN, which is mine and I told them I don’t know anything about those accounts. I was never given any form to sign in respect of those accounts. And I have never made any deposit or withdrawal from Drew Investment, Common Input and Kangolo.

“I have never opened any account with UBA. The other accounts I have are in GTBank, Access, Fidelity and First Bank. All my genuine accounts were blocked together with those fictitious accounts. Even my salary account was blocked and I can not access it.”

The judge adjourned the matter to December 16 for cross examination and hearing of the bail variation application filed by Maina.