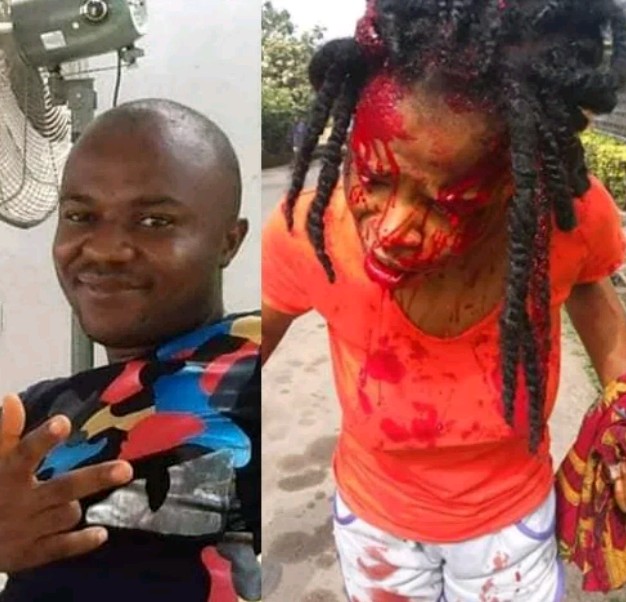 A man, alleged to be a cultist, is on the run after allegedly attacking a woman with a hammer.

The man, whose name has been given as Patrick Effiong Bassey, had allegedly been terrorizing his neighbours and landlord in Calabar.

On Sunday, January 5, he allegedly snuck into the home of a woman named Dorathy to steal. But the woman caught him.

Shocked at seeing her, he smothered her with a pillow until she passed out, then began hitting her with a hammer, leaving her bleeding from deep cuts.

When she regained consciousness, her screams attracted neighbours and they came to her resue while the attacker escaped and has been on the run.

According to reports, Bassey has been calling from his hideout to ask if the girl is still alive, while threatening to finish her off when he returns. A call history from a phone was shared online and it shows calls from Bassey. 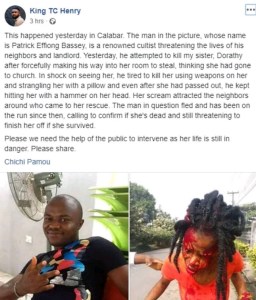 Below is a video of the injured woman being rushed to the hospital after the attack.

Related Topics:Man on the run after allegedly attacking his neighbor with a hammer and smothering her with a pillow when she caught him sneaking into her house to stealPatrick Effiong Bassey
Up Next

Housewife arrested for pushing co-wife, baby into well in Kano