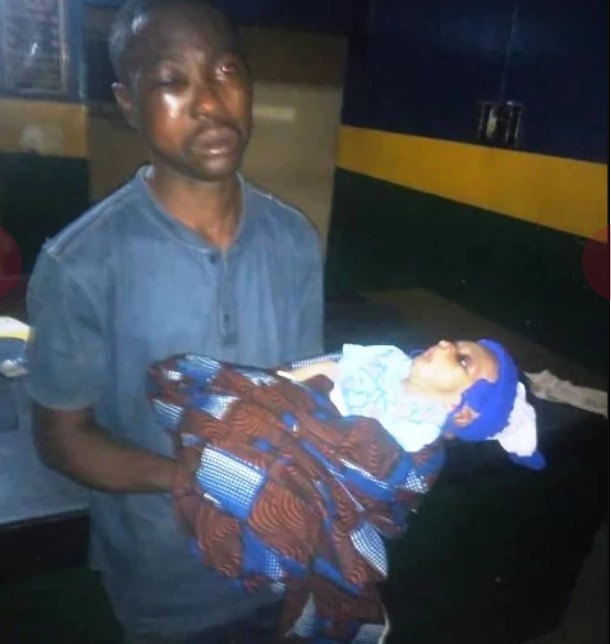 A 39-year-old man, Olakunle Agbaje, has been arrested by men of the Ogun State command for stealing a 2-month old baby while the mother slept.

The nursing mother, Marufu Taiwo, was sleeping in her room when the suspect sneaked into her apartment located at 32 Odukoya Street, Mowe, took her baby boy from her side and attempted to sneak out.

However, Mrs Taiwo woke up just in time as Agbaje was tiptoeing out of the room and raised alarm which attracted neighbors. Distress call was put across to the Police.

On receiving the information, the DPO Mowe Division, SP Marvis Jayeola, quickly moved to the scene with his men where the suspect was promptly arrested.

On interrogation, the suspect claimed to have unknowingly strayed into the woman’s room .

The alleged kidnapper has been transferred to the police State Criminal Investigation Intelligence Department for further investigation.