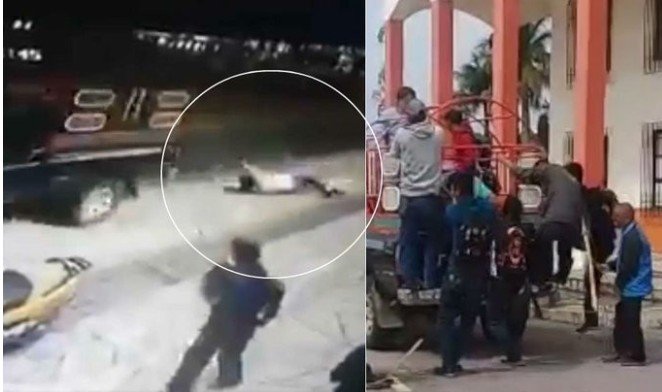 The mayor of Las Margaritas in Mexico, Jorge Luis Escandón Hernández got humiliated by angry villagers for failing to fulfill his campaign promise of repairing a local road.

A video which has gone viral online captured moment he was dragged out of his office, tied to a pick-up truck and dragged through the streets of Santa Rita, a town in Las Margaritas.

Though the Mexican mayor suffered no injury in the attack by farmers demanding that he fulfills his campaign promise, the incident led to the deployment of extra security operatives to the village.

Mr Escandón who said he will press charges for abduction and attempted murder was rescued by municipal police officers who stopped the vehicle. Eleven people were arrested as confirmed by Tabasco Al Minuto.

Related Topics:Mexican mayor dragged through the streets for failing to fulfill his campaign promiseMexico
Up Next

Baby Swept Away By Flood In Oyo State