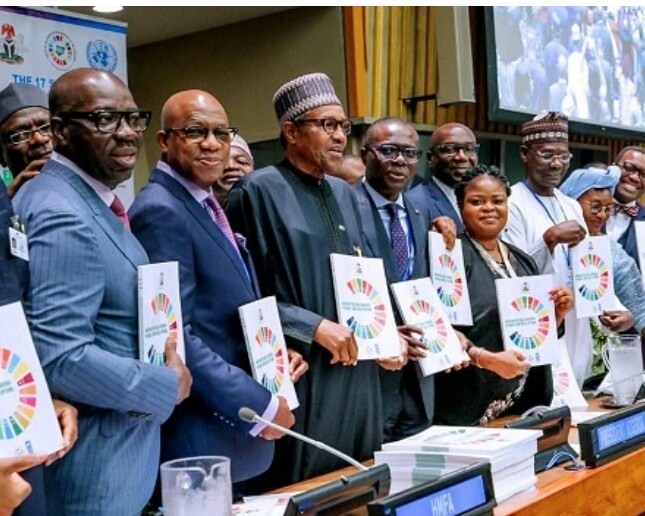 Not less than 10 state governors on Friday participated as co-host at a high-level side event at the United Nation’s headquarters in New York on Sustainable Development Goals (SDGs).

The event was organized to x-ray the Role of Subnational Governments in Achieving the SDGs and the Paris Agreement.

The Chairman of the Nigeria Governors Forum (NGF) and Governor of Ekiti State, Dr Kayode Fayemi led his colleagues to the event.

Also at the event were the President of the 74th UN General Assembly, Prof. Tijjani Mohammed-Bande and the Deputy Secretary-General of the UN, Amina Ibrahim, who promised the organizers that the UN will support their initiative.

Fayemi said the presence of the Governors in New York was important because of the “existential threat” faced by the country.

He cited the case of the Governor Samson-Olu whose state was said to face submergence in the near future if action is not taken.

How I Planned Navy Commander’s Death From Church: Suspect