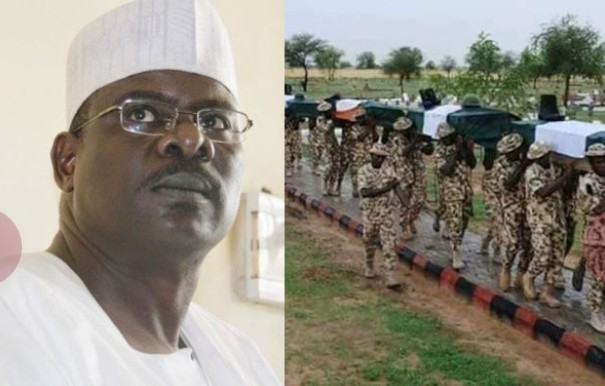 Nigerian Army has reacted to senator Ali Ndume’s claim that Boko Haram has killed 847 soldiers since they started their attacks in Borno state in 2013.

Recall LIB reported that the lawmaker who disclosed this after returning from his trip with members of the senate committee on Army which he heads, said the quoted figure does not include soldiers killed and buried by Boko Haram insurgents.

However the Nigerian Army’s spokesperson, Sagir Musa dismissed the claim asking the Borno-born senator to prove the killings.

“If he says so, then he should substantiate. What is his source? Let him provide it,” Sagir told TheCable via telephone.

Related Topics:Nigeria army reacts to Ali Ndume claims that Boko Haram has killed 847 soldiers in Borno
Up Next