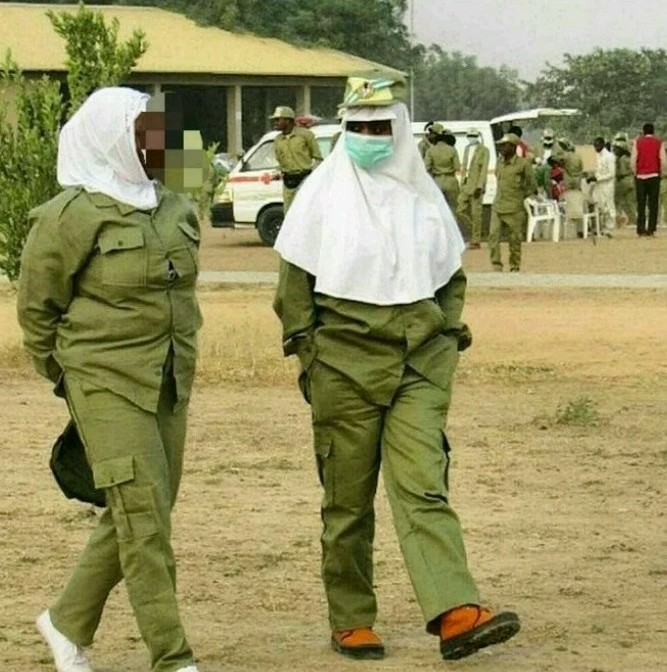 The National Youth Service Corps (NYSC) in a secular approved the use of white hijab for female Muslim corps members.

However, the hijab is not permitted to go beyond the shoulder level.

According to the document backing the approval, the NYSC does not issue the hijab as part of its uniform. However, corps members are now allowed to use a white hijab that drops at shoulder level for religious purposes.

The document reads, “The modes of dressing for corps members are classified into three categories , which are used for different occasions . One , within the camp during the orientation programme , their normal attire , except otherwise directed , consists of a pair of white shorts with a white vest and white canvas shoes and socks.

“Two, for ceremonial purposes , the proper dressing is crested vest on top of a pair of Khaki trousers with a pair of jungle boots and socks with the trouser folded inside the socks . The belt and the Fez cap are to match .

“Three , for Man O ’War activities at the camp and Community Development Service programmes , they are expected to appear in a jacket and trousers with the plain white vest inside, the jungle boot and the Fez cap , as well as a customised belt to match .

“On the use of the hijab , the NYSC does not issue the hijab as part of its uniform. However , the NYSC management allows corps members to use a white hijab that drops at shoulder level for religious purposes .”

Pound Strong as Brexit Returns to the forefront