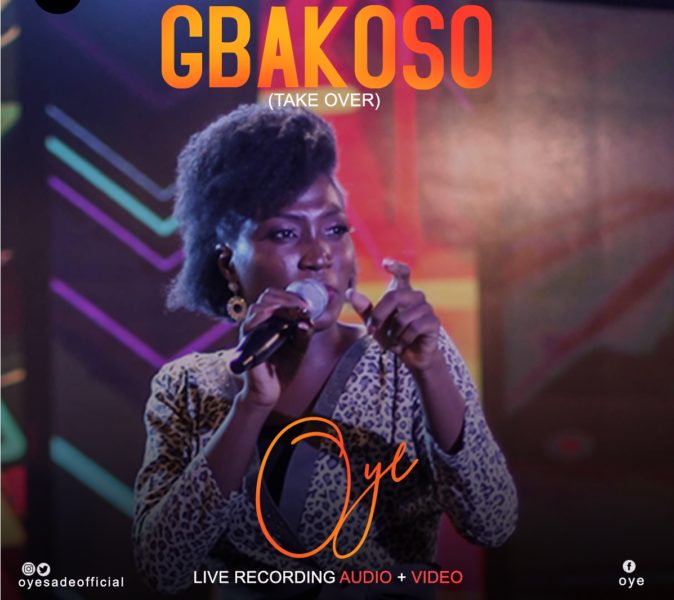 Abuja-based gospel artist OYE drops her first single for 2020 titled, GBAKOSO (take over). Song was Mixed and Mastered by E’keyz.

GBAKOSO (Take Over) is a song of total submission to God, revealing God as the ALAKOSO (General overseer) of our lives. The song GBAKOSO was recorded at the HEALING WORSHIP Live Recording Concert in Abuja 2019.

Oyesade Oyekole popularly known as OYE, who is also known as a Professional Makeup Artist, and business Tycoon. Oye hails from Ijebu Igbo, Ogun state, Nigeria. She started her music career officially in 2016 with the release of her first song HONOUR.

In 2017 she released an album of 8 tracks titled “HONOUR” and has other singles still blessing lives (“All the time”, “Fill this space”, “You are”) and many others.

Oye has also been featured in some songs by some known artistes. Oye is a mentor to many and a personality to recon with, she has shared stage with so many great ministers

Connect With Oye On Social Media: