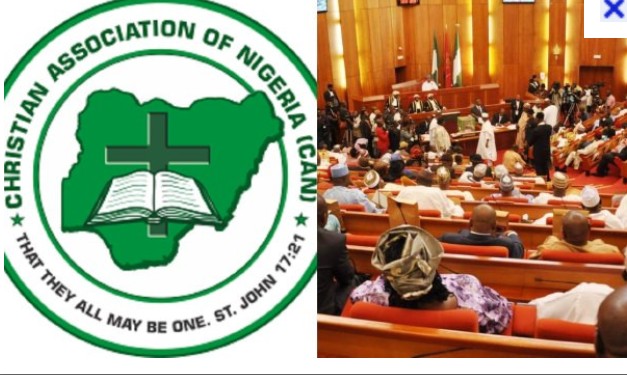 The Christian Association of Nigeria (CAN) has waded into the controversy ignited by the social media and hate speech bills sponsored by some lawmakers in the national assembly.

The association asked the legislature to devote its time to solving issues on poverty, insecurity, bad roads and poor education.

In a statement released by Samuel Kwamkur the national director of legal and public affairs of the Christian association, CAN President Samson Ayokunle stated that the bill which has generated fear in different parts of the country will be of no good to Nigerians.

Ayokunle who insisted that the existing laws are strong enough to deal with cases of hate speech added that the bills appear to separately seek to gag Nigeria’s citizens from speaking out freely.

“These two bills have generated so much misgivings and criticisms that they have led to uncommon tension and fears among Nigeria’s Citizens. This is doing no good to the fears and apprehension of the citizens already on ground as a result of insecurity, deplorable infrastructural amenities and the general welfare of the people,” he said.

“Having looked at all sides to the debate, CAN is calling on the National Assembly, particularly the President of the Senate and all distinguished Senators to discountenance the two bills and put off completely any contemplation to pass them into Acts of the National Assembly as sincere lovers of the nation.

“The bills, in the general view of majority of Nigerians, and in ours too, appear to separately seek to gag Nigeria’s citizens from speaking out freely, but responsibly on matters that affect their lives in all spheres. This, to us, is an ill wind that will blow nobody any good

“In this wise, we desire that governments at all levels and indeed members of the National Assembly pay greater attention to the issues of insecurity, economic hardship, poverty, bad roads, poor education and the dearth of infrastructure.

“We, therefore, call on our governments to respect the sanctity of the Nigerian Constitution and other extant laws and provide for all Nigerians a better nation to live in.”