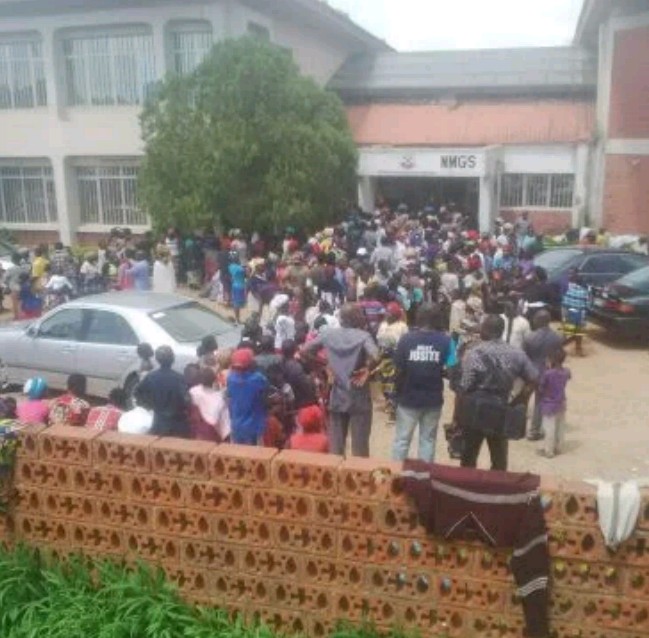 The Nigerian Mining and Geosciences Society (NMGS) has served a quit notice to Internally Displaced Persons (IDPs) from some villages in Plateau State camping at its facility in Jos.

In the letter dated 22 October, 2019 and signed by the NMGS’ General Secretary Dr A.S. Olatunji, the IDPs were asked to look for some other place to call ‘home’ as the Council is not comfortable with the level of decay the building has suffered.

The letter which came with title ‘Removal of IDPs from the NMGS property’ reads “Sequel to our verbal discussion on Wednesday 22 October, 2019 on the need to move the IDPs from the NMGS Secretariat building in Jos, this is formally reiterating the decision of the Council of the NMGS to you on this matter.

“It is hereby stated that the Nigerian Mining and Geosciences Society will embark on full rehabilitation of the building from 31 October, 2019 as the Council is not comfortable with the level of decay the building has suffered. This serves as official notice. Kindly treat with utmost urgency as the contractor has been mobilized for the job to commence at the said date.”

Plateau State’s Commissioner of Information, Dan Manjang who confirmed the eviction notice told Daily Trust that they pleaded with NMGS to tamper justice with mercy. He further disclosed that the State government is looking for other means of resettling the IDPs.

Related Topics:IDPs evicted in plateau State
Up Next