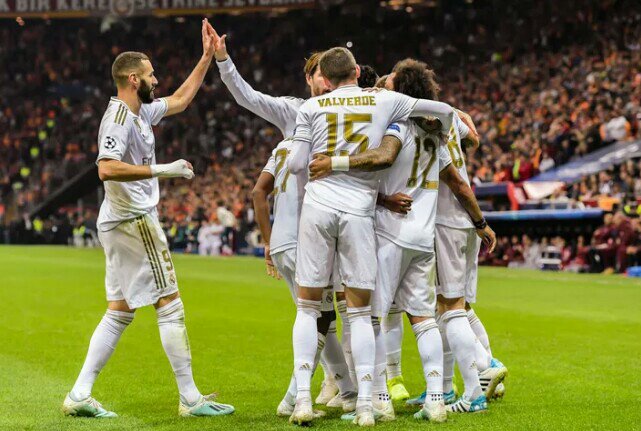 If Real Madrid did not win today, then it would have been time to officially enter panic mode. The situation this season was turning sour after a 1-0 loss against Mallorca on the weekend, ensuring that Barcelona would top the league even after a poor start of their own. Madrid were bottom of their Champions League group after dreary turn-outs against PSG and Brugge. If Galatasary got the win today in front of their ever-eerie home crowd, then Madrid could have been facing a Europa League campaign, or even worse. After a tense and chaotic game, Madrid did manage to see out a 1-0 win, which in fairness they deserved. But how did the team and its players perform?
Thibaut Courtois — 8: However angry you have been with Thibaut in recent times, without the Belgian today then than panic button would have been spam clicked. His saves ranged from simplistic to superb, but he was always there to snuff out any effort that came his way. My man of the match today from goal.

Dani Carvajal — 5.5: Had a tough time during spells with Ryan Babel looking like Galatasary’s danger man on the left. On the ball he looked fine and joined in with multiple attacks. He was also very useful towards the end as the team looked to slow the game down and secure the result.

Sergio Ramos — 6: There were a few clumsy clearances every now and then, mixed with some mistakes on the ball. Nevertheless, Ramos remained a really important figure at the back and held everything together until the end.

Raphaël Varane — 6: Varane was better on the ball than Ramos, but he was also a culprit for some below satisfactory punts away from defence. Andone managed to pull away from him a couple of times, but Varane also ensured that a fair few Galatasary chances did not get past his body.

Marcelo — 6.5: I can’t remember a game in which Marcelo was not such a regular attacking figure for Real Madrid. Or anyone for that matter. Perhaps this could have been due to the weird positioning of the wingers themselves, but the Brazilian put in a good shift regardless. Defensively he was really helpful and did not shy away from some important challenges. Bizarrely that alone constitutes this rating.

Casemiro — 7: A figure like Casemiro is so important in a game as vital and as messy as this. The ball often flew from one end to the other and the Brazilians bulldozing challenges often kept Galatasary from creating real danger on the break. Like Marcelo, Casemiro seemed to be more positionally disciplined than has often been the case recently, but he did manage to get a few shots in, as well as a few offensive errors.

Toni Kroos — 7.5: A big ask from Toni to come back and complete a full game of this importance, but he ended up being the best outfield player on the pitch. He often found himself further forward, and scored the only goal of the game after a deflection helped the ball find its way over a diving Muslera. It’s between Toni and Thibaut for the games’ best player title.

Fede Valverde — 7: Another impressive display from Fede in a more advanced role. In this game we got to see glimpses of his excellent vision and passing as he played in Benzema numerous times. His defensive strength was also on show as he won the ball back in midfield again and again. Will be a very special player for Real Madrid for a long time, and that time is starting now.

Eden Hazard — 6.5: Another good but not quite Eden showing from the Belgian. His link up play was excellent. He often dashed with the ball into good spaces, and he should have had at least a goal to his name. That goal could have easily came when he rounded the keeper after a good team move – only to miss the open goal after concentrating on power. Promising signs, but we are still waiting for Eden Hazard to truly arrive.

Rodrygo Goes — 6: A surprise start for Rodyrgo brought a lot of excitement to fans before the game. He played very well, and managed to show off his lightning pace and direct dribbling skills. There were some strange positional issues that saw the midfielders ahead of him on the field a few times too many, as well as some other quiet spells – but when he was involved he looked a constant danger. Hopefully this cameo triggers some more involvement in the immediate future.

Karim Benzema — 6: Strong on the ball and combining with teammates, but a very weak day in-front of goal. There were many culprits for a weak shot straight to the goalkeeper, but maybe none more than Karim. Not his day in front of goal, but a good game either-way.

Vinicius Junior — 5: Came on with ten minutes to go, didn’t look bad, but didn’t exactly look good or change anything either. 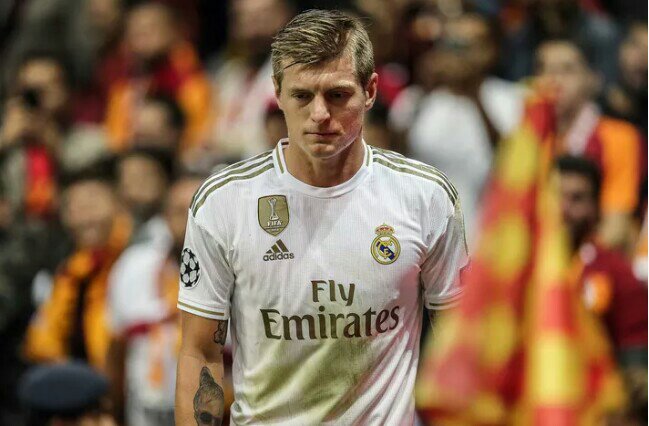 James Rodríguez — 6: James was the best player to come onto the pitch. He got involved with the play immediately, and took a lot of the pressure off when carrying the ball in the final stages.

Luka Jovic — 5: Luka only had minutes to play, but his determination to win the ball back and stop Galatasaray from progressing within the final minutes helped Real Madrid to close the game out. For that reason he earns himself a rating!

This win, and results elsewhere mean that Real Madrid jump from the bottom of the group table into second place, behind PSG. Whether or not they can push on and challenge for the top, or they’ll struggle to even sustain a top three position is anyone’s guess after such a mixed batch of results so far this season. What did you think about the game? And which player got your man of the match votes? Let me know in the comments section below. 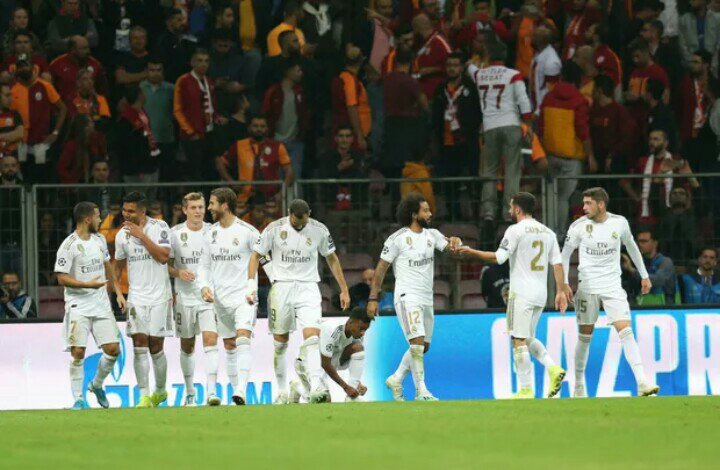