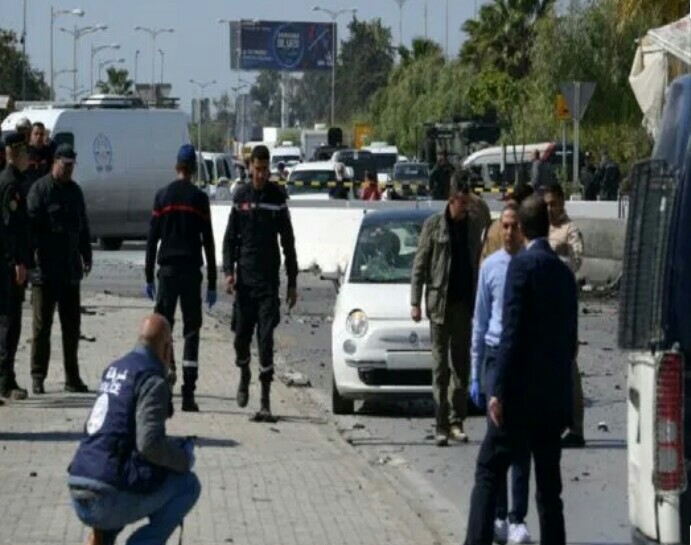 A policeman has been killed and several others have been wounded in an explosion outside the United States Embassy in the Tunisian capitalistic, Tunis.

Tunisia’s Interior Ministry said two assailants on a motorbike blew themselves up outside the embassy in the Lac district on Friday, adding that that attack also wounded five police officers, while a civilian sustained minor injuries.

Meanwhile, state news agency TAP reported that the blast claimed the life of one policeman.

“We heard a very powerful explosion … We saw the remains of the terrorist lying on the ground after he went on the motorbike toward the police,” Amira, a shopkeeper, told Reuters.

Following the attack, roads around security installations were sealed in some parts of the capital, and some international institutions were put on lockdown or evacuated.