FX: The pound was the day’s strongest currency as the Conservative Party conference kicked off and the UK government reportedly finished the text of its Brexit proposal. The Swiss franc was the weakest and now may be breaking out against the US dollar.Commodities: Both gold (-2%) and oil (-3%) fell today – see the key support levels we’re keeping an eye on for gold!

US indices closed roughly 0.5% higher across the board on the final trading day of the quarter.Technology (XLK) was the strongest sector on the day, while Energy (XLE) was the weakest.See a full rundown of the key market events and trends we’ll be watching this week!Stocks on the move:Blackstone Group (BX) dropped -3% after announcing it would buy Colony Industrial.Apple (AAPL) gained 2% after a JP Morgan analyst raised his price target to $265. The stock’s market cap is once again above $1 trillion.Shares of Chinese firms Alibaba (BABA, +1%) and Baidu (BIDU, +2%) gained after the US Treasury Department denied it was considering banning Chinese firms.Tesla (TSLA) dropped -1% after a judge ruled the company engaged in unfair labor practices late on Friday. 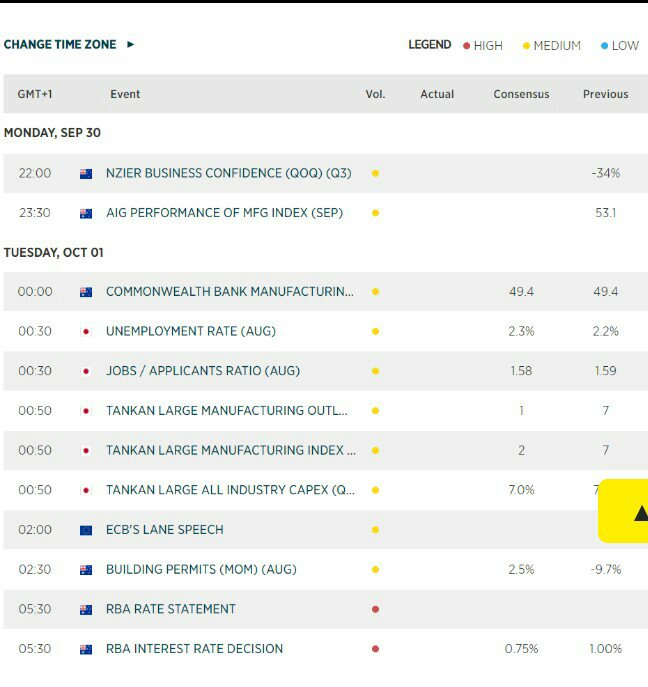 NYSC Approves The Use Of White Hijab For Female Corps Members