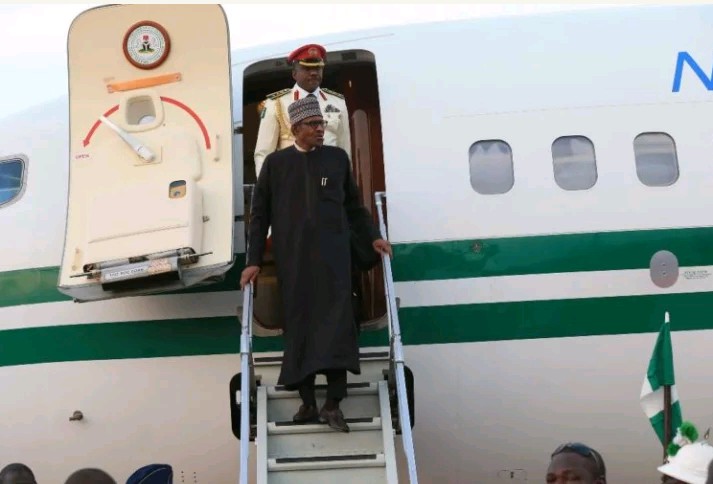 The News Agency of Nigeria (NAN) reports the President was received by His Royal Highness Prince Bader bin Sultan bin Abdulaziz, the Deputy-Governor of Makkah Region and other government officials at the King Abdulaziz International Airport, Jeddah, at about 7.05p.m (locat time).

While in Makkah, President Buhari alongside some members of his entourage, will perform the Lesser Hajj and also observe the Friday prayers at the Grand Mosque in Makkah.

The President had also on Wednesday met with King Salman bin Abdulaziz where the two leaders expressed their determination for deeper partnership, especially in the areas of oil and gas for the development of both countries.

Buhari also met with U.S Treasury Secretary, Steven Mnuchin in Riyadh on Wednesday where they had positive discussions on investments in Nigeria under the new United States International Development Finance Corporation (USIDFC), which provides 60 billion dollars for investments in developing nations.

NAN reports that all the meetings were held on the sidelines of the the Future Investment Initiative (FII) Summit, which ended on Thursday in Riyadh.
Buhari will on Saturday Nov. 2, proceed to the United Kingdom on a private visit, and is expected to return to Nigeria on Nov. 17.

Related Topics:Muhammadu buhari in Makkah for lesser hajj
Up Next