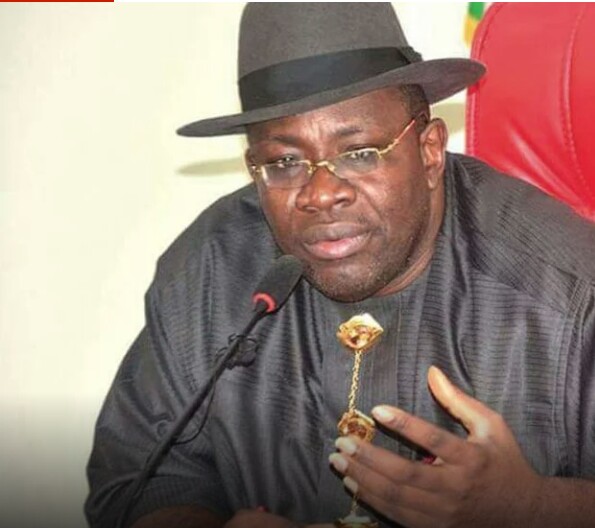 The Bayelsa State Governor Seriake Dickson has called on the Independent National Electoral Commission (INEC) to cancel the election in some parts of the state, where he alleged that the exercise was characterised by brigandage, hijacking of electoral materials and personnel.
Governor Dickson made the call while speaking with newsmen shortly after casting his vote at Oruerewari, Polling Unit 005, Toru Orua in Sagbama Local Government Area on Saturday.

He particularly called for outright cancellation of the elections in Nembe Local Government Area where over 20 Peoples Democratic Party (PDP) faithful were massacred by armed All Progressives Congress (APC) militia during an aborted campaign rally of the PDP.
The governor said that thugs loyal to a particular political party disrupted elections in the area.

Dickson reiterated that APC is an unpopular party, describing what is happening in the state as a well orchestrated plan by the APC-led federal government to foist a one party system on the country.
Dickson also accused ‘rogue elements’ in the Nigeria Army of conniving with the alleged APC thugs of perpetrating electoral fraud and insecurity in some parts of Southern Ijaw, Ekeremor and Ogbia and even the state capital, Yenagoa.

He highlighted the alleged killings during the PDP campaign in Nembe, noting that what is going on in Bayelsa is a charade and not a democracy.

He said some of the PDP supporters, who were attacked during the campaign in Nembe, are still gasping for breath on their hospital beds and called on the APC-led federal government to live up to its primary responsibility of protecting lives and property of Nigerians.

“Materials meant for Eniwari community, Opuama ward, most locations in Southern Ijaw as we earlier predicted were hijacked.

“As everyone knows, the APC has no foothold in Bayelsa to win an election but they have an armed militia, surveillance contractors who kill and maim for the APC. They also have the Nigerian Army and rogue elements of the Police Force working in concert with them to deny the citizens of these communities their right to vote.
“So as we are speaking, in our country, in this day and age, gun wielding militia men with the aid of security forces have overrun the election officials and most of the electoral officials in Southern Ijaw.

“These officials as we speak, have been kidnapped and held hostage. This has been the lot, this has been what we’ve been managing since 2015, with APC at the centre, not caring about the lives and dignity of our people. The APC at the centre are too hungry and determined to make Nigeria a one party state.“The president has to wake up and do something. What is going on in Bayelsa in the name of election is not a democracy. I call on the president to call on the security agents particularly the Army to stop desecrating democratic governance and subjecting the image of the country to ridicule.

“I call on the Inspector General of Police to be true to his professional calling and direct the DIG and all the security operatives to protect the people of Bayelsa.

“I do not want to be pushed to call on them to defend and protect themselves,” he said.

Related Topics:breaking newsrecent news current news breaking headlinesSeriake Dickson:“I do not want to be pushed to call on them to defend and protect themselves
Up Next