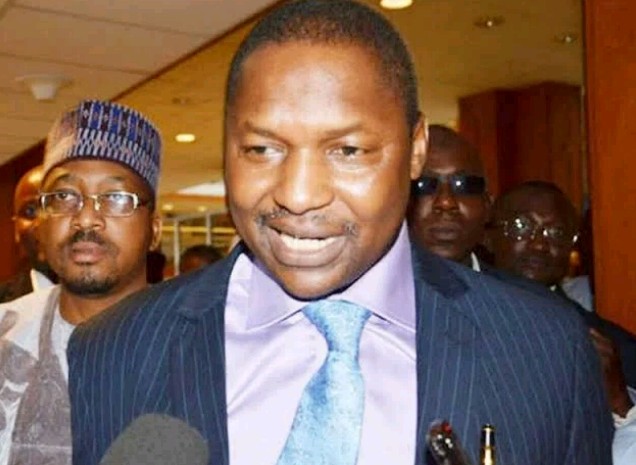 Abubakar Malami, the Attorney General of the Federation and Minister of Justice, has said that the Federal government has set up a committee to investigate the alleged invasion of the Federal High Court Abuja premises by DSS officials to effect the re-arrest of publisher and convener of Revoluion Now protest, Omoyele Sowore.

Malami made this known while speaking to newsmen after he paid a courtesy visit to the Chief Judge of the Federal High Court, Justice John Tsoho.

Fielding questions from newsmen, Malami refuted claims that his visit was to discuss the rearrest of Sowore with Justice Tsoho.

“The truth is that I am not here about Sowore’s case. I am here to visit his lordship to congratulate him on his appointment. But one thing about the judicial process is that it is not the only case in which the Federal Government is involved as you rightly know. We have multiple cases that are more serious than that of Sowore pending before the court generally. So the case of Sowore is certainly not an exception. So I cannot be here for an exclusive case when we have multiple thousands cases against the interest of the government pending within the judicial circle not exclusively restricted to the Federal High Court.

When asked if he was appalled by the conduct of the DSS furing Sowore’s rearrest, Malami said

“Whatever affects the integrity of the court is a worrisome issue for us. I can never be preemptive of an incident over which I was not a live witness to. But one thing I am certain of is that the government has put in place mechanism for investigation of the reported incident.

So I would not like to be preemptive in terms of a conclusion, one way or the other, without allowing the consummation and conclusion of the investigation process”.