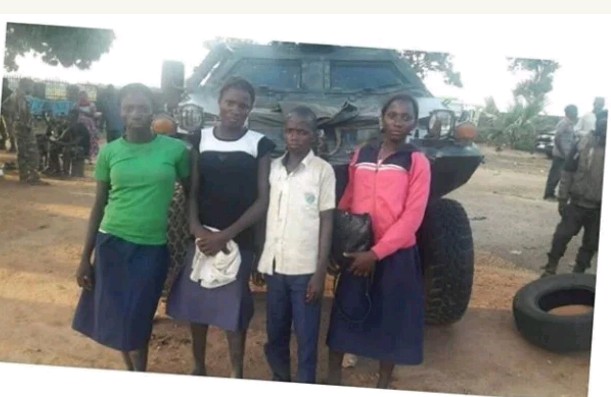 Bandits terrorizing Kaduna/Abuja highway on October 10, abducted 10 students of the school while on their way to school.

The quick intervention of troops led to the immediate rescue of six out of the 10 students while the bandits escaped into the forest with the four.

However, on Monday, October 14, at about 6 am, following a tip-off from a reliable source, troops raided the hideout of the bandits and successfully rescued the remaining 4 students.

According to the [tps_title][/tps_title]News Agency of Nigeria (NAN), the students have been handed over to their joyful parents. .

During the rescue operation, the bandits ran into the bush with gunshot wounds while abandoning the students after they had engaged the troops in a gun duel.

Related Topics:Armytroop rescues four kidnapped children in Kaduna
Up Next