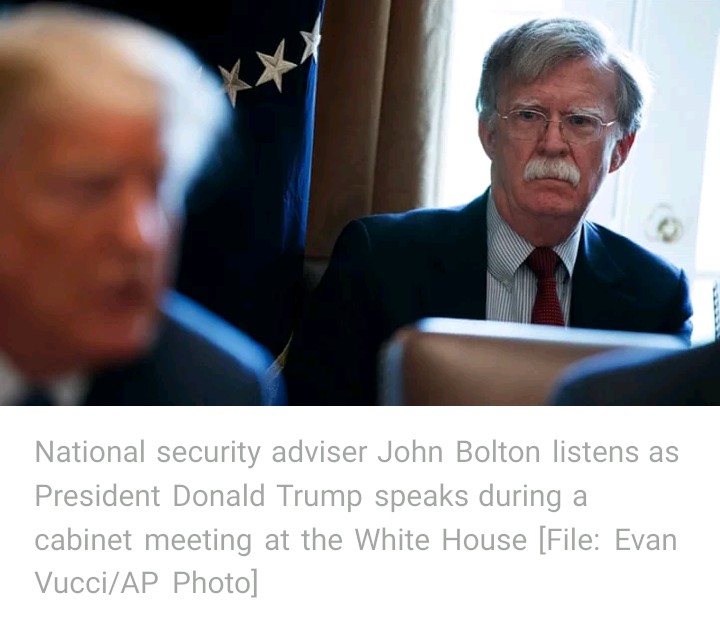 President Trump yesterday, claimed that his recently fired security advisor John Bolton was holding him back on policy efforts.

Trump said on 11 September that Bolton was “way out of line” on Venezuela and that he had “disagreed” with his adviser’s “attitudes” on the topic, without elaborating. “In fact, my views on Venezuela, and especially Cuba, were far stronger than those of John Bolton. He was holding me back!” POTUS tweeted in response to Sen Marco tweet.

Buhari will take ten million Nigerians out of poverty in ten years.