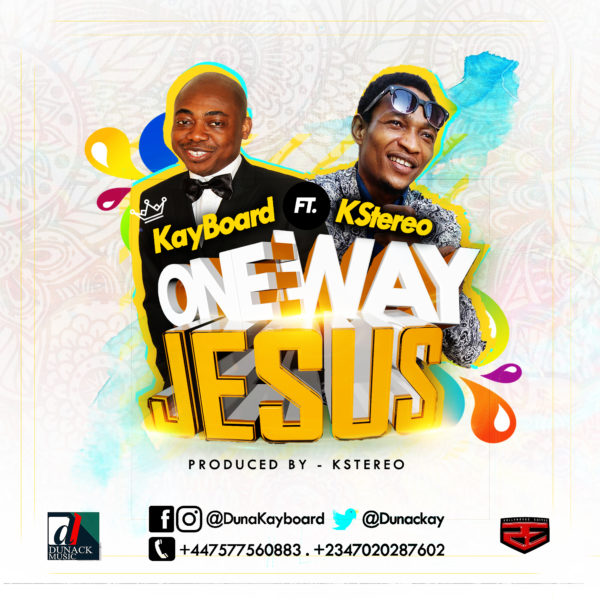 One Way Jesus By kayboard

Kayode Omosa is a renowned scholar and practitioner of music. For over 2 decades he has been performing as an artiste, songwriter, musician, producer, music director, trainer, keynote speaker, life coach and therapist.
He holds B.A performing arts and M.A music and trained in several other areas such as business & projects managements, counseling, psychotherapy etc
He is currently the music director of RCCG POJ LONDON.

Kstereo is an African gospel musician, choir director, voice coach, author and gospel waves producer and is most notably known as the gospel dance hall GENERAL of this century. Kstereo (Olafusi Kayode Meshach) is a talented, refined multiactive young soul.

He has worked with many award winning artists both home and abroad. His name is associated with some of the most well-known songs in Contemporary Christian Music.

Speaking about the inspiration for ‘One Way Jesus’, Omosa Kayode says, “There was absolutely nothing that man could offer or do to save himself from eternal destruction of sin, but Christ even while we were yet sinners died for us (Rom 5:8). So, God’s amazing love in the person of Jesus Christ is a ‘one way’ gift, we did not have to do anything to deserve it but only Him lavished His love on us and He is so pleased with us regardless because we are now His children.”