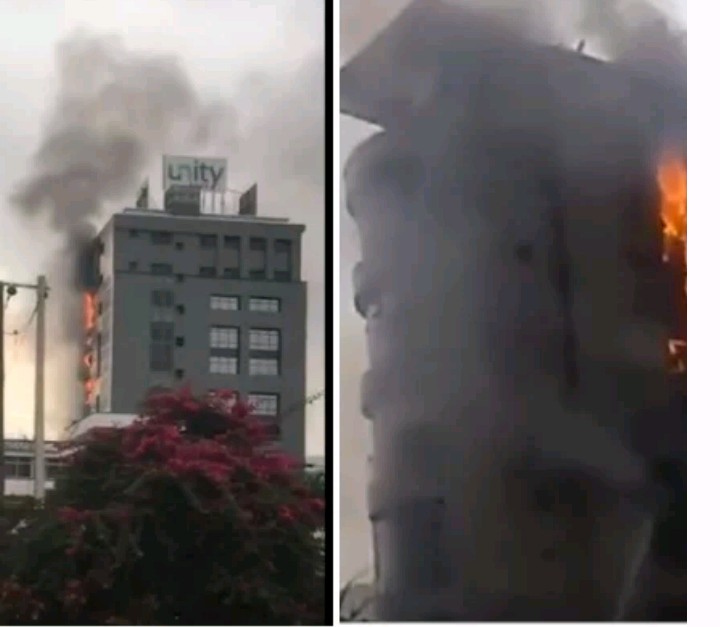 The head office of Unity Bank on Victoria Island , Lagos State was on Monday Razed by fire .

The fire was said to have started in the early hours of the morning.

The cause of the inferno remains unknown but a trending video showed that the top part of the building was fully gutted by the fire. Watch video below :

In a statement, the bank said: “We regret to inform the public that there was a fire incident on one of the floors of our Head Office building early this morning.

The cause of the fire incident is yet to be ascertained but the fire service has intervened and has brought the situation under control. While the extent of damage is being assessed, we are happy to note that there was no casualty or loss of life as a result of the incident.

From current observations, however, the Banking Hall and other strategic business areas were not affected”.
“We are grateful to all the Agencies and volunteers that supported in bringing the incident under control. Further developments regarding the incident will be communicated as it unfolds”.