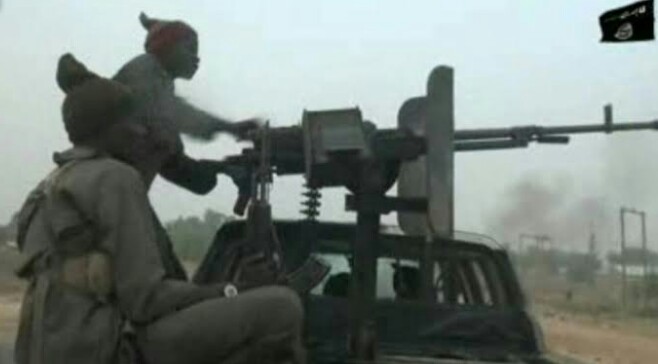 Mr. Lawan Andimi, the Chairman of the Christian Association of Nigeria (CAN) in Michika Local Government Area of Adamawa State, has been declared missing.

The insurgents had entered the town on Thursday evening but were repelled by soldiers and vigilantes before they could do much damage.

Speaking on the CAN chairman’s disappearance, the District Head of Michika, Mr Ngida Zakawa, said on Saturday when a delegation of the Adamawa State Government paid a sympathy visit to Michika, that the missing man was last seen among strange individuals.

Receiving the delegation led by the Deputy Governor, Chief Crowther Seth, Zakawa said some women told him they saw the CAN chairman boarding a Hilux van with unknown occupants.

“We did not lose any civilian life but some shops were looted by the insurgents while whereabouts of CAN chairman is was yet unknown, except that some women claimed they saw him boarding a Hilux van,” he said.

Michika and Madagali LGAs, being the closest to Borno State, have been the most troubled in Adamawa State’s history with Boko Haram insurgency.

The head of the delegation, Deputy Governor Crowther Seth, told the people the government was with them and would always act in its own way to lessen their concerns.

In Gulak, the District Head of Gulak, Alhaji Bello Ijadi who received the delegation, lauded them for the timely visit and called for deployment of more troops to the area.