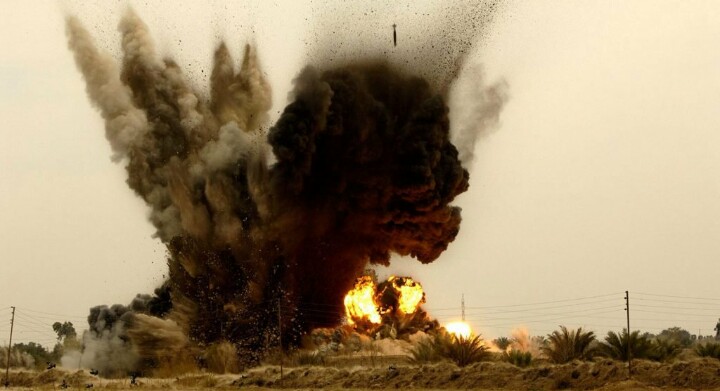 The cause of the explosion, which happened around 4pm is still sketchy at the time of this report.

According to sources we gathered that the weekly Otu-Jeremi market has been shutdown as residents, traders and customers who stay within the affected trunckline scampered for safety for fear of being consumed by fire.

Volumes of crude oil impacted the Council’s Secretariat just as soldiers have cordoned off the scene of incident.

Fire-fighters have just arrived but it is left to be seen if they can put out the raging inferno and save it from spreading to communities within Ughelli South and other areas.

It was learnt that the affected trunckline accommodates the Oil Mining Lease, OML 34 pipelines operated by the Nigeria Petroleum Development Company, NPDC/ND Western jointly with that of Abura Line belonging to the NNPC.