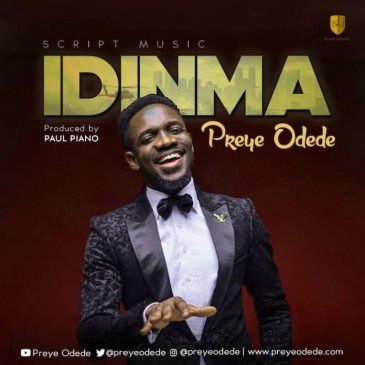 The Igbo titled track, Idinma, means “You are Good” when translated to English language, is a confident stance – a confession of trust and allegiance – which consequently transitions into worship.

Preye speaks of the experience, rather than mere hearsay that birthed his worship and the eventual conclusion that the Lord is good.
The Afrocentric worship single tilts towards HighLife style of music rooted in African groove. The intermittent lead guitar solo and riff is soothing and provokes nostalgic reflections of God’s goodness in the mind of the listener.