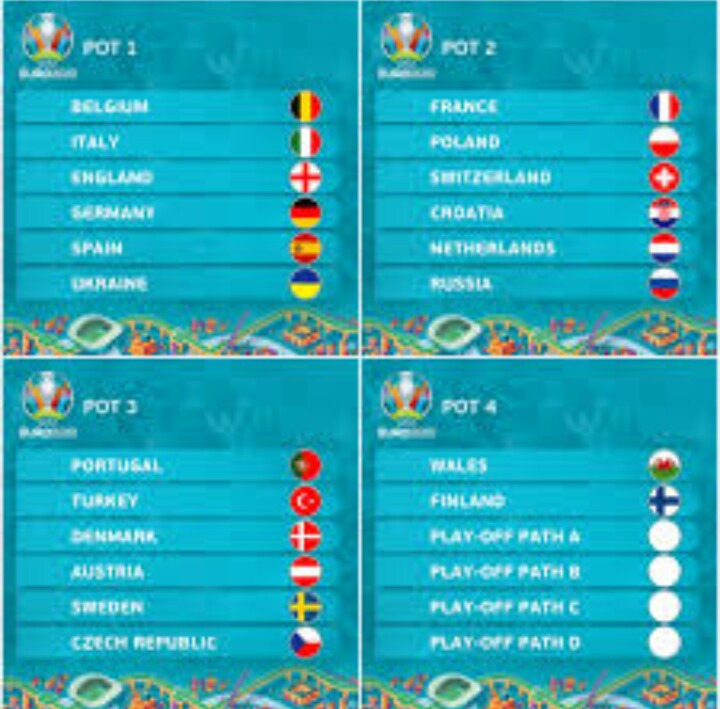 The group stage draw was held in the Romanian capital Bucharest on Saturday, with former Chelsea defenders Ricardo Carvalho and Marcel Desailly among the previous winners of the competition taking part.

Andreas Christensen and Michy Batshuayi already knew their nations would be together in Group B because of the seeding system, with Denmark and Belgium now being joined by Finland and Russia.

However, the biggest concentration of Blues is likely to be in Group D, where England will face Croatia in their opening game of the tournament at Wembley Stadium on Sunday 14 June. Tammy Abraham, Ross Barkley, Callum Hudson-Odoi, Mason Mount and Fikayo Tomori all featured for the Three Lions during qualifying, while Croatia counted Mateo Kovacic and Mario Pasalic, on loan at Atalanta this season, in their ranks. Those two teams will be joined in their group by the Czech Republic and the winner of Play-off Path C (Scotland, Israel, Norway or Serbia).

Emerson and Jorginho will both be hoping to be in the Italy side which kicks off the tournament against Turkey in Rome on 12 June, with the other sides in Group A being Switzerland and Wales, who could have Ethan Ampadu in their squad.
The obligatory ‘group of death’ seems to have materialised in Group F, with three former European champions going head-to-head as holders Portugal, France and Germany have all been drawn together, along with the winners of Play-off Path A (Iceland, Romania, Bulgaria or Hungary). That could also mean substantial Chelsea involvement, as N’Golo Kante, Olivier Giroud and Kurt Zouma featured heavily for France in qualifying and Antonio Rudiger was a regular in Germany’s squad before his recent injury problems.

Elsewhere, Spain goalkeeper Kepa Arrizabalaga’s side will face Sweden, Poland and the winner of Play-off Path B (Bosnia and Herzegovina, Northern Ireland, Slovakia or the Republic of Ireland) in Group E.
The draw in full

policemen killed and about 6 people kidnapped in Adamawa by gunmen