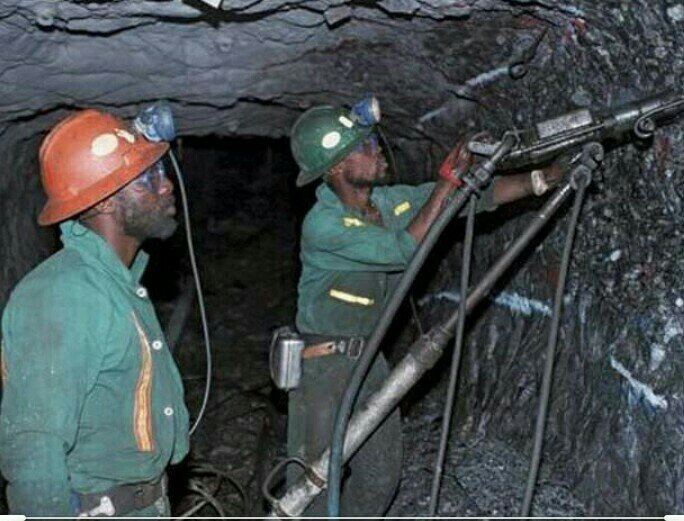 Minister of State, Mines and Steel Development, Dr. Uchechukwu Sampson Ogah has disclosed the readiness of the federal government to revive the coal mines in Enugu State to contribute meaningfully to the socio-economic development of the country as well as the state.

Addressing newsmen after a meeting with Governor Ifeanyi Ugwuanyi at the Government House, Enugu, on Friday, Dr. Ogah, who came with a delegation from the ministry, stated that they are in Enugu on a fact-finding mission with regard to, “what is already on ground, what the federal government has done and what we can do to revive the coal mines in Enugu State so that they can help grow the economy and generate jobs”.The minister disclosed that the step was in line with the vision of the President Muhammadu Buhari to pull, “over one million people out of poverty”, stressing that “we believe that mining sector is one of the key areas that can be used to do that”.Commending Gov. Ugwuanyi for his administration’s steadfastness and collaboration with the federal government towards the resuscitation of coal mines in the state, Dr. Ogah pointed out that, “Enugu State stands in a right pedestal to be one of the key states that will be used for this purpose”.

He added that the federal government was determined to address the challenges hindering the full operation of coal mining in Enugu State so that every royalty due to it and the state is realized.“We thank God for the partnership we are having today with the state government to curb illegal mining and other factors hindering progress. The governor has promised there will be stronger collaboration between the state and the federal government to see how illegal mining will be curbed in the state”, the minister said.

Erling Haaland: I will sign for Manchester united in January