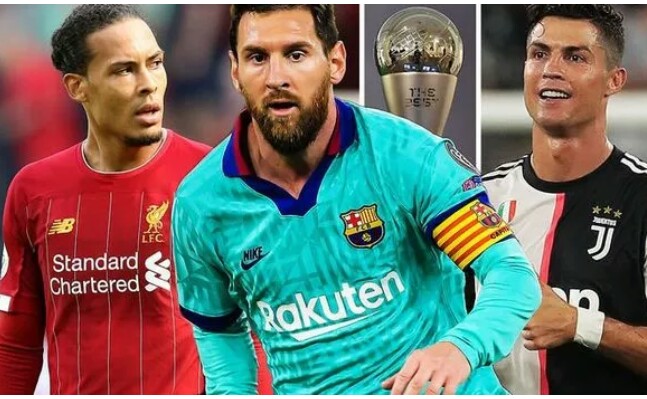 Follow the action live from Milan as Lionel Messi, Cristiano Ronaldo and Virgil van Dijk await their fate at the FIFA Best Awards.Jurgen Klopp’s advice from Virgil van DijkJurgen Klopp is in the running for the Best Men’s Coach award after leading Liverpool to the European Cup last season.His talisman Virgil van Dijk could also scoop the top individual gong – and the Dutchman had some advice for him ahead of the event.“We are not yet there, we are not at the Oscars and I have to thank my mum and my family and my coaches, they know how much I appreciate what they do,” Klopp told Liverpoolfc.com.“If something would happen tonight and if somebody asked me, then I have to mention them because without them I would not be here, that’s clear. They know that.“Yes, we have a special team at Melwood and we try everything to be as successful as possible. Obviously it worked somehow but there’s still so much to do.“It’s always really difficult to be here and think about what happened because half of the brain is already on Wednesday, to be honest, so that makes it obviously a bit tricky. But all good. Virg told me I have to wear a tuxedo, so I tried to find one. Then we will see what happens.”Unfortunately, Klopp did not listen to his player’s advice, and is sporting a jumper and jeans.GOOD EVENING, BUONA SERATAAnd welcome to live coverage of, for its full name, The Best FIFA Football Awards. (With a TM, too).The finest footballers from around the world are in Milan for the awards show which will dish out 11 gongs, from The Best Men’s Player to The Best Women’s Goalkeeper, and nine things in between.The gala runs from 6.30pm to 9pm and is the fourth consecutive year this awards format has taken place, after the Ballon d’Or deviated back to France Football’s control.

Sowore To Appear In Court Tuesday ; Witnesses To Testify Against Him