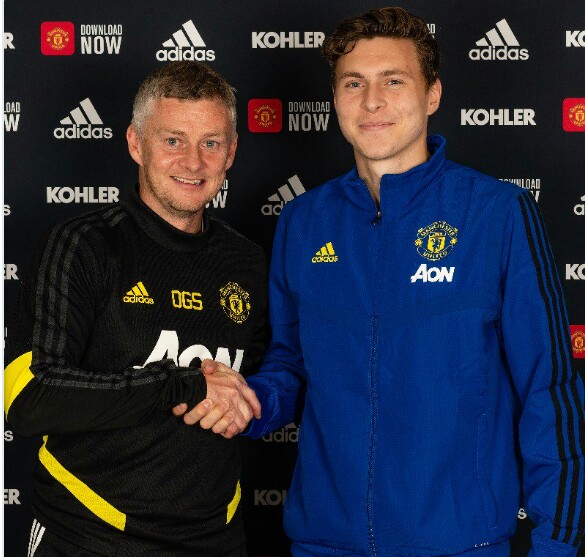 Manchester United have tied down several players to new contracts, as Ole Gunnar Solskjaer finally begins to stamp his authority on the team. David de Gea, Axel Tuanzebe, Marcus Rashford, Andreas Pereira have all signed an extension, with Victor Lindelof becoming the latest player to do so.

Manchester United have extended the contract of Victor Lindelof until June 30, 2024, with an option to extend it another year.

4,382 people are talking about this

Lindelof expressed his delight at signing a new contract at the club.

“Since the day I arrived at United it has felt like home. I have grown significantly both as a player and as a person in the last two years and for that I am grateful to everyone at the club for their help and support. I love playing football and my aim now is to help the team to win trophies and repay the fans for their unrivalled support.

“I know that everyone at the club shares this vision and will give everything to get Manchester United back to where it belongs.

”I’m still young and know I can improve further but with the help of the boss and his coaching staff, I believe that only good things are ahead for this great club.”

Solskjaer himself was delighted at the prospect of Lindelof remaining at the club for the long-term, as he mentioned following the formalities.

“Victor has established himself here and has become a very important part of our team. He brings calmness on the pitch and I can see that he is determined to help this club and to be successful here.

“I’m extremely happy that he has committed his future to Manchester United. We’re all looking forward to working together to deliver the success and get United back to where we know the club belongs.”

Why Brazil choose to play the super eagles